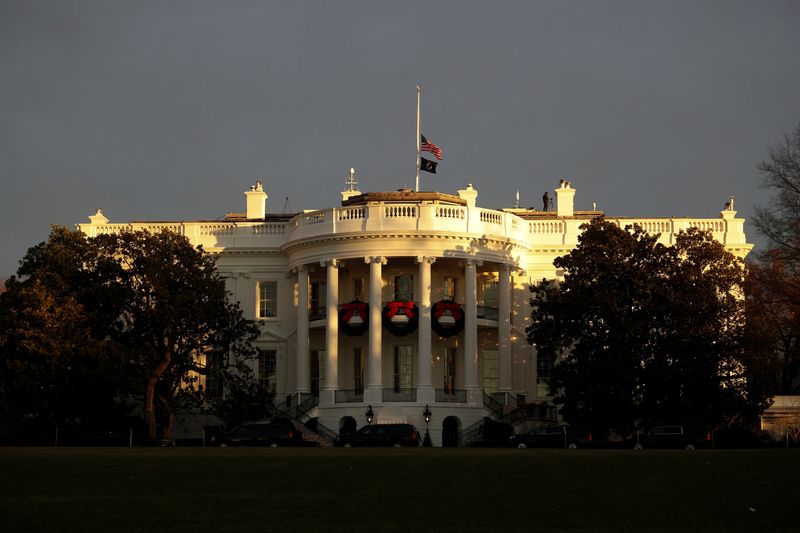 WASHINGTON (Reuters) – The White House asked Congress on Friday to approve $6.4 billion in aid to address the humanitarian and security crisis in Ukraine after Russia invaded the country this week, Biden administration and congressional aides said.

“In a recent conversation with lawmakers, the administration identified the need for additional U.S. humanitarian, security, and economic assistance to Ukraine and Central European partners due to Russia’s unprovoked and unjustified invasion,” an official from the White House Office of Management and Budget said.

The request included $2.9 billion in security and humanitarian assistance and $3.5 billion for the Department of Defense.

Congressional aides said the administration had made the request on Friday at a briefing for staff from congressional leadership offices and relevant committees, including the appropriations committees that set spending.

Congress, which is controlled by President Joe Biden’s fellow Democrats, would consider the $2.9 billion in funding for the State Department and USAID as an emergency bill, with funding for the Pentagon considered later, congressional aides said.

The money would also cover the implementation and enforcement of the sanctions Biden is enacting to punish Russia for its aggression against Ukraine.

Democratic Senator Patrick Leahy, who chairs the Senate Appropriations Committee, said he would work closely with the administration to address the crisis.

“The United States government needs to provide the necessary resources to support our allies and assist the innocent people caught in the middle of this needless calamity,” he said in a statement.

The newly requested funds would augment the $650 million in security assistance and $52 million in humanitarian assistance the United States has already committed to Ukraine over the past year, as well as the $1 billion sovereign loan guarantee announced last week.

A Biden administration official said the conversation around funding needs would change as the situation on the ground evolves.

Earlier on Friday, Democratic Senator Chris Coons, who chairs the Senate subcommittee that oversees foreign aid, said he would support $10 billion or more to address the crisis following Russia’s invasion of Ukraine.

Departing from recent party divisions, both Biden’s fellow Democrats and opposition Republicans have expressed strong support for sharp increases in military and humanitarian aid for Ukraine, with some calling for passage of an emergency spending bill as soon as next week.

Russian missiles pounded Kyiv on Friday, families cowered in shelters and authorities told residents to prepare Molotov cocktails to defend Ukraine’s capital from an assault that the mayor said had already begun with saboteurs in the city.

Altcoin Roundup: 3 portfolio trackers NFT and DeFi investors can use to stay organized