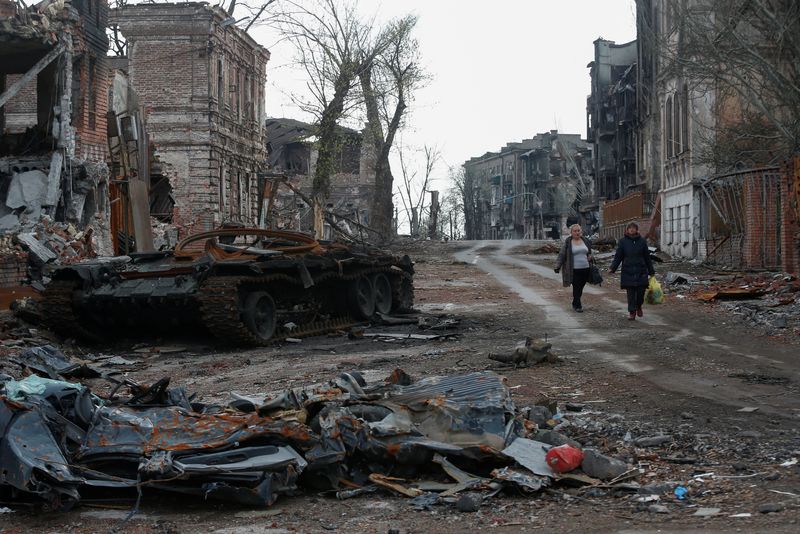 © Reuters. People walk near a destroyed tank and damaged buildings in the course of Ukraine-Russia conflict in the southern port city of Mariupol, Ukraine April 22, 2022. REUTERS/Alexander Ermochenko

(Reuters) – No humanitarian routes were established out of the southeastern Ukrainian port city of Mariupol on Sunday, Ukraine’s Deputy Prime Minister Iryna Vereshchuk said, blaming Russian forces for not holding their fire.

Vereshchuk said that the Ukrainian side would try again on Monday to establish safe passage out of Mariupol. She called for U.N. Secretary General Antonio Guterres, who is scheduled to travel to Moscow before visiting Kyiv next week, to demand a ceasefire and open up humanitarian corridors from Mariupol.

“This is what Guterres should talk about in Moscow, if he is preparing to talk about peace,” Vereshchuk said.

Saudi Arabia stocks lower at close of trade; Tadawul All Share down 0.53%