By Ignacio Portes in Buenos Aires and Michael Stott in London On Mar 10, 2022 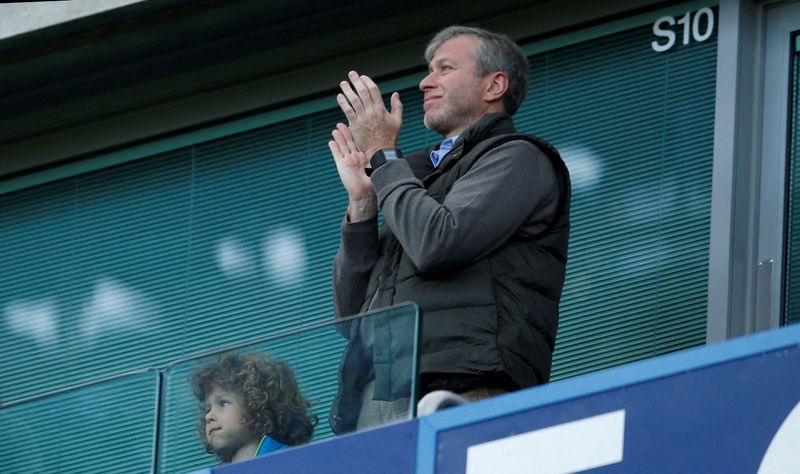 By Michael Holden and William James

The two billionaires plus businessman Oleg Deripaska and four other Russian oligarchs are the most high-profile figures to be added to the British sanctions list since Russia’s invasion of Ukraine and follows criticism that Britain has been acting too slowly.

The action puts on ice Abramovich’s plans to sell the Premier League club, the current European champions, although the government said the team could still carry on playing.

“There can be no safe havens for those who have supported Putin’s vicious assault on Ukraine,” British Prime Minister Boris Johnson said.

“Today’s sanctions are the latest step in the UK’s unwavering support for the Ukrainian people. We will be ruthless in pursuing those who enable the killing of civilians, destruction of hospitals and illegal occupation of sovereign allies.”

There had been loud calls from British lawmakers for action to be taken against Abramovich and other Russian oligarchs, with criticism that Johnson’s government was not moving fast enough compared to the European Union and the United States.

Sechin, who Britain described as Putin’s right hand man, was already on the U.S. and EU sanctions lists and last week French authorities seized his yacht.

The others added to the list were Oleg Deripaska, who has stakes in En+ Group, Dmitri Lebedev, chairman of Bank Rossiya, Alexei Miller, the chief executive of energy company Gazprom (MCX:), and Nikolai Tokarev, the president of the Russia state-owned pipeline company Transneft.

In total Britain said the seven figures added to the sanctions list had a collective net worth of 15 billion pounds. ($19.74 billion).

Thursday’s action means Abramovich is banned from carrying out transactions with British individuals and businesses, and cannot enter or stay in Britain. His spokeswoman declined immediate comment.

Last week, he announced that he would sell Chelsea and donate money from the sale to help victims of the war in Ukraine.

Abramovich is the biggest shareholder in London-listed Russian steelmaker Evraz. It fell 16% after the sanctions were announced.

The entry on Britain’s sanctions list described Abramovich, who Britain said was worth 9 billion pounds, as “a prominent Russian businessman and pro-Kremlin oligarch”. It said he had enjoyed “a close relationship for decades” with the Russian president.

It said this association with Putin had brought Abramovich a financial or material benefit from either the Russian president directly, or the Russian government.

“This includes tax breaks received by companies linked to Abramovich, buying and selling shares from and to the state at favourable rates, and the contracts received in the run up to the FIFA 2018 World Cup,” the website said.

Ignacio Portes in Buenos Aires and Michael Stott in London