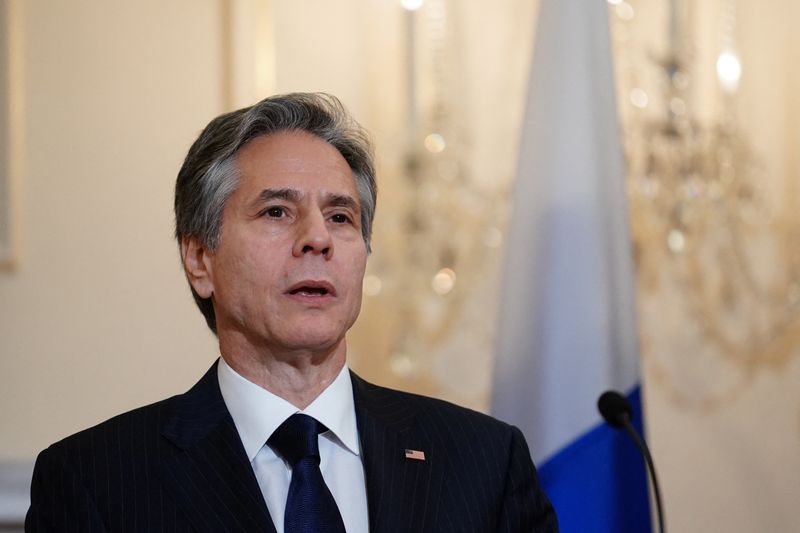 Iranian forces seized two Greek tankers in the Gulf on Friday, shortly after Tehran warned it would take punitive action against Athens over the confiscation of Iranian oil by the United States from a tanker held off the Greek coast.

“Iran’s continued harassment of vessels and interference with navigational rights and freedoms are a threat to maritime security and the global economy,” Blinken said in the statement.

Blinken made the comments in a telephone call with Greek Foreign Minister Nikos Dendias, the department said.

The U.S. and Greek diplomats called on Iran to immediately release the seized vessels, their cargoes, and their crews. Blinken said the United States stands with its NATO ally “in the face of this unjustified seizure.”

Iran’s state maritime body said on Saturday the crew of the two Greek tankers not been detained, and were in good health and being cared for onboard their vessels.

The Pegas and its Russian crew were later released, but the seizure inflamed tensions as Iran and world powers seek to revive a 2015 nuclear deal.

Russians, Ukrainians fight on outskirts of Sievierodonetsk, EU haggles over oil ban By Reuters – May 30, 2022

By Pavel Polityuk and Natalia Zinets KYIV (Reuters) – Ukrainian and Russian forces battled on Monday on the outskirts of Sievierodonetsk, the last city still held by Kyiv in…

Unlikely monkeypox outbreak will lead to pandemic, WHO says By Reuters – May 30, 2022

By Natalie Grover LONDON (Reuters) -The World Health Organization does not believe the monkeypox outbreak outside Africa will lead to a pandemic, an official said on Monday,…

Soccer-Abramovich completes Chelsea sale to Boehly-Clearlake consortium By Reuters – May 30, 2022

LONDON (Reuters) – Roman Abramovich has completed the sale of Chelsea and related companies to an investment group led by Todd Boehly and Clearlake Capital, the Premier League…