U.S. CPI preview: Past the headline, into the core 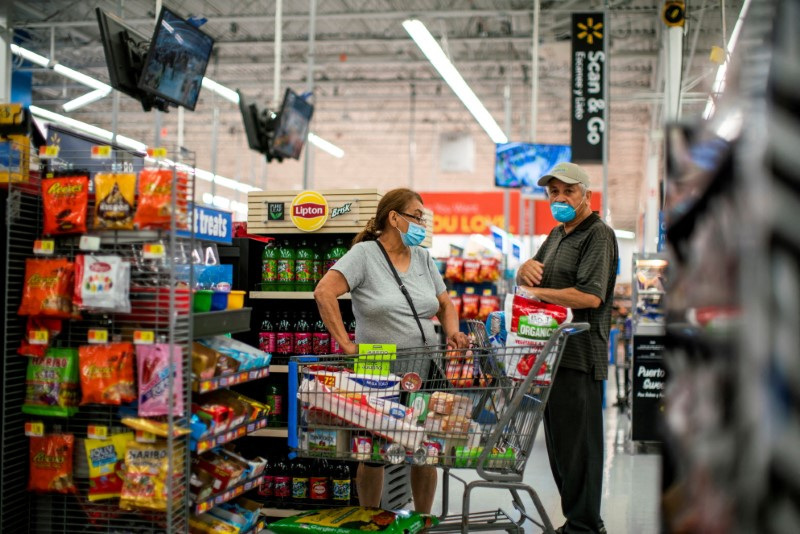 Economists polled by Reuters expect the Labor Department’s Consumer Price Index (CPI), which tracks the prices that urban consumers spend on a basket of goods, to have accelerated in June on both a monthly and annual basis, by 1.1% and 8.8%, respectively.

But so-called “core” CPI, which strips away volatile food and energy prices, is seen repeating May’s 0.6% monthly increase and cooling down to 5.7% year-on-year.

An easing of annual core CPI is likely the most crucial element of the report, as investors look for further confirmation that inflation has peaked, which could potentially convince the Federal Reserve not to become even more aggressive in its interest rate hikes.

The market expects the central bank to raise the key Fed funds target rate by 75 basis points at the conclusion of its July policy meeting, which would be its third consecutive rate hike, totaling 2 percentage points.

CPI and other indicators suggest that while core inflation peaked in March, the long journey back to the Fed’s average annual 2% inflation target has only just begun:

But looking beyond accelerating CPI, metals, agricultural commodities and oil prices have lost some altitude in recent weeks.

Even so, the American consumer, who is responsible for about 70% of U.S. economic growth, is feeling the heat. Putting gasoline in the tank and food on the table is dampening demand for discretionary goods.

It’s likely that the numbers from last month will not have captured recent indications costs for American households may not be rising as fast as before.

Through May, energy and food & beverage CPI components grew faster than core CPI. But commodity prices, including crude, have been paring since early June.