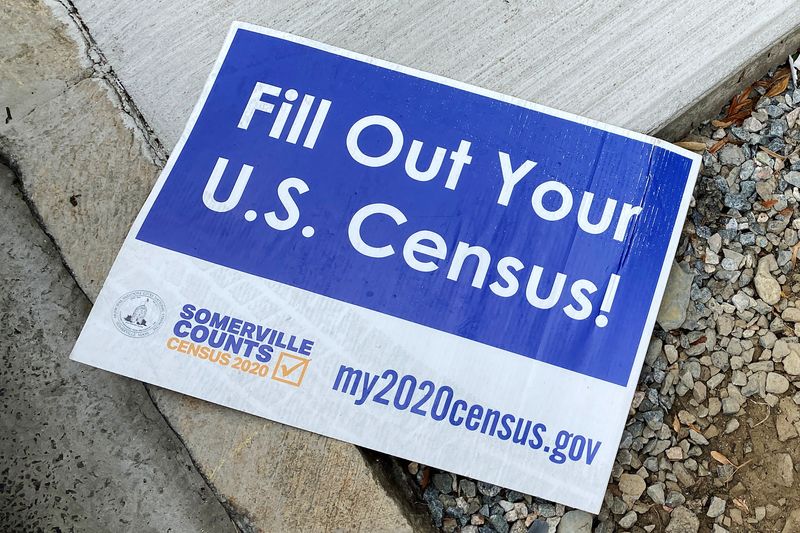 The once-a-decade national population count is used to draw both U.S. congressional and state legislative seats in each state, as well as to help distribute hundreds of billions of dollars in federal funds for everything from public housing to Medicare to highway construction.

Thursday’s report from the Census Bureau relied on statistical analyses to test the accuracy of the census results. The census has overcounted white people while undercounting people of color for decades, but those trends accelerated during the 2020 census, the report showed.

The net count of the Latino population was likely 5% too low, more than three times the undercount estimated for the 2010 census, the bureau said. Black people had a net undercount of more than 3%, while Native Americans and Native Alaskans on reservations were undercounted by more than 5%, both more than in 2010.

Non-Hispanic white people and Asians were overcounted, the bureau said.

Advocacy groups warned the undercounts would deprive disadvantaged communities of the resources they need most.

“Many of the federal programs are designed to help the most vulnerable populations – children, people who are low-income – and those are precisely the people the census bureau counted less well in 2020,” said Arturo Vargas, chief executive of the NALEO Educational Fund, which promotes Latino political participation.

Robert Santos, the Census Bureau’s director, acknowledged the undercounts at a news conference but said the overall data was “consistent with recent censuses” and could be relied upon for “many uses.”

The analysis found the national count of 323.2 million was largely accurate.

The 2020 census faced several challenges, including the coronavirus pandemic, which forced the bureau to suspend its door-to-door operations temporarily and may have made some households more reluctant to speak to interviewers.

Civil rights groups and demographics experts also said failed efforts by the Trump administration to ask census respondents whether they were U.S. citizens and to exclude illegal immigrants from census counts may have dissuaded Latino populations from responding.

“Overall, the numbers released today show that the 2020 census suffered from the same problems that previous censuses have,” Kelly Percival, senior counsel at the Brennan Center for Justice in New York, said in an interview. “You can’t have an accurate census without having an equitable census.”

The census results published last year showed an increasingly diverse nation, with the non-Hispanic white population declining for the first time in history.

The data released on Thursday included only national estimates. A more detailed state-level analysis is expected this summer.