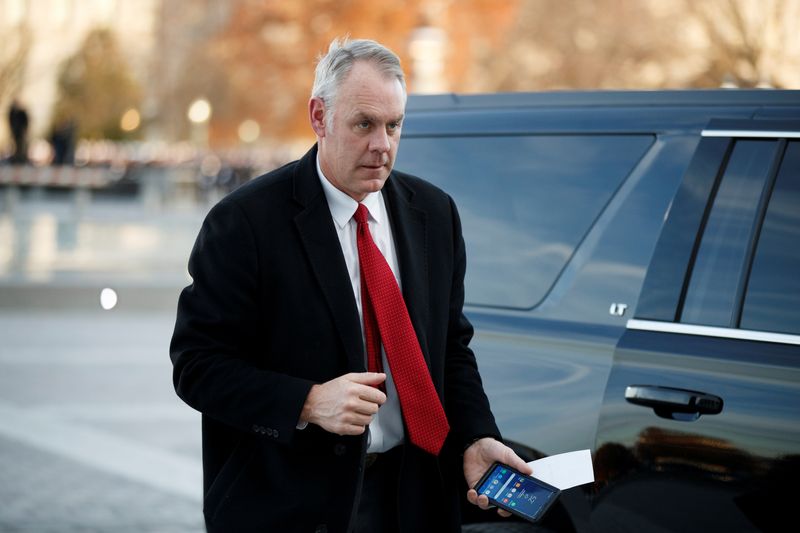 © Reuters. FILE PHOTO: US Secretary of the Interior Ryan Zinke arrives at the US Capitol prior to the service for former President George H. W. Bush in Washington, DC, USA, 03 December 2018. Shawn Thew/Pool via REUTERS

Zinke, who previously served in the House before joining the Trump administration, fended off challenges from four other Republicans in Tuesday’s vote. He resigned under intense scrutiny of his use of security details, chartered flights and a real estate deal, though he repeatedly denied any wrongdoing.

Zinke will face attorney Monica Tranel, who won the Democratic primary for the House seat, in the Nov. 8 general election. Zinke will be heavily favored to win after Trump defeated Democrat Joe Biden in Montana by 16 percentage points in 2020.

In the Republican primary, Zinke defeated his closest challenger, former state lawmaker Albert Olszewski, 41.7% to 39.8% with 99% of the estimated vote counted, according to Edison Research.