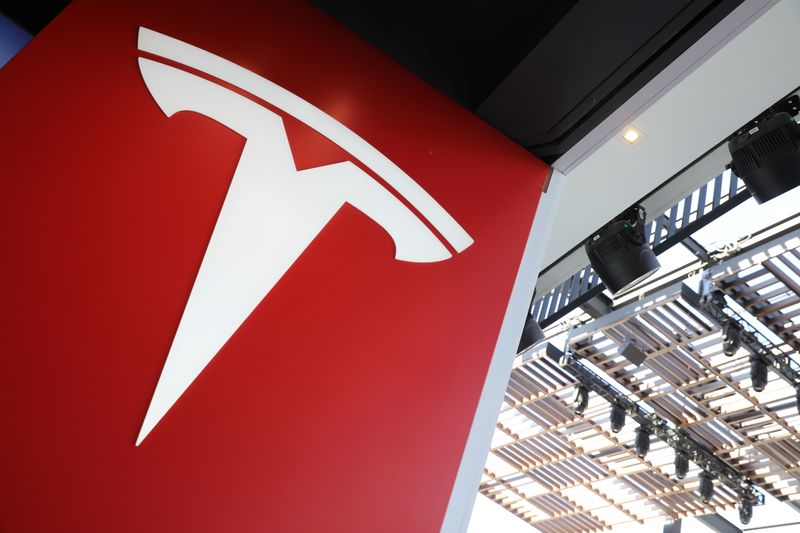 By Hyunjoo Jin and Nivedita Balu

(Reuters) -Tesla on Wednesday reported a smaller-than-expected drop in quarterly profit, helped by a string of price increases for its cars, which Elon Musk later said were “embarrassingly high” and could hurt demand.

Tesla (NASDAQ:) also sold a majority of its bitcoin holdings, which led to smaller-than-expected impairment charges caused by a decline in the value of the cryptocurrency, analysts said.

CEO Elon Musk flip-flopped on a post-earnings conference call, saying at first that macroeconomic uncertainty might have some impact on demand for its electric vehicles, but when pressed for details by an analyst, he said the company did not have a demand problem but a production problem.

He said, “you can’t kind of just raise prices to some arbitrarily high level because you pass the affordability boundary and then the demand falls off a cliff.”

“(Prices) are frankly at embarrassing levels. But we’ve also had a lot of supply chain and production shocks and we’ve got crazy inflation,” said Musk who has previously spoken of “a super bad feeling” about the economy.

Musk said he expected inflation to start easing by the end of the year and most commodity prices to stabilize, which he hoped would allow Tesla to cut prices slightly.

Shares in Tesla were up 1.7% in pre-market trading on Thursday. The shares are down about 40% from their peak in November.

Chief Financial Officer Zachary Kirkhorn said Tesla was still pushing to reach 50% growth in deliveries this year, adding that while the target had become more difficult, “it remains possible with strong execution.”

Tesla’s China factory ended the second quarter with a record monthly production level, after being forced to shut down due to COVID-19 related lockdowns.

Morgan Stanley (NYSE:) analysts said in a report after Tesla’s earnings announcement that they see “near-term margin headwinds due to (new) challenges with ramping new production, particularly in Berlin”.

Tesla executives acknowledged some continuing tightness in supplies of older-generation microchips, but said there were no major problems in supplies of chips and batteries barring unforeseen COVID-related shutdowns.

The EV maker posted an adjusted profit of $2.27 per share for the second quarter ended June versus analysts’ consensus estimates of $1.81.

Automotive gross margin fell to 27.9%, down from a year earlier and the preceding quarter.

Total revenue fell to $16.93 billion from $18.76 billion a quarter earlier, ending its streak of posting record revenue in recent quarters. Analysts expected $17.10 billion, according to Refinitiv.

Tesla said it had converted approximately 75% of its bitcoin purchases into fiat currency, adding $936 million cash to its balance sheet.

Musk said the sale was made to increase liquidity when Tesla was uncertain about how long the COVID lockdown in China would continue. Tesla has not sold any of its holdings of the cryptocurrency.

“This should be not taken as some verdict on bitcoin,” he said, adding that Tesla was open to increasing its cryptocurrency holdings in the future.

Musk had said in May last year that Tesla would not sell its bitcoin.

“The bitcoin losses point out an important part of the Tesla investment case – its eccentric owner. While Musk’s impressive innovation has served the company well, his personal flair is starting to raise governance questions,” said Laura Hoy, analyst at Hargreaves Lansdown.

ICP’s Price Drop Not Over Yet As It Targets The $6.00 Level