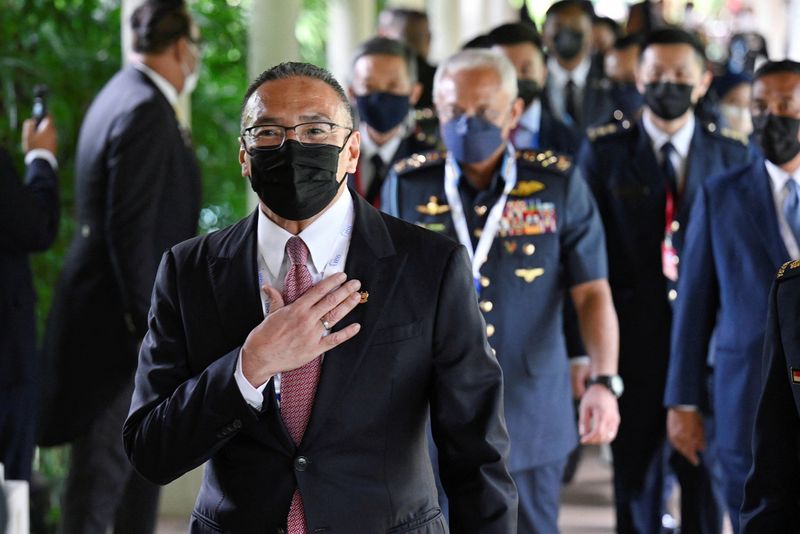 © Reuters. Malaysia’s Minister of Defence Hishammuddin Hussein gestures while on his way to attend the U.S. Multilateral Meeting with Southeast Asia Defence Ministers at the 19th Shangri-La Dialogue in Singapore June 10, 2022. REUTERS/Caroline Chia

After meeting on the sidelines of the Shangri-La Dialogue, the officials told a news conference that the relationship among the member nations was warm, and that they were focused on the future even amid increasing geopolitical complexities.

As tensions in the region increase sharply, particularly between China and U.S. allies, the FPDA has great relevance as a moderating force, said Malaysia’s Senior Minister for Defence, Hishammuddin Hussein.

“My biggest concern is unintended incidents and accidents that may spiral out of control and make it bigger than what it is,” Hishammuddin said. “If these platforms (such as the FPDA) did not exist, there wouldn’t be any opportunity to manage incidents that do sometimes go out of control.”

“Australia is deeply committed to the FPDA,” Marles said. “It’s not something we take for granted.”