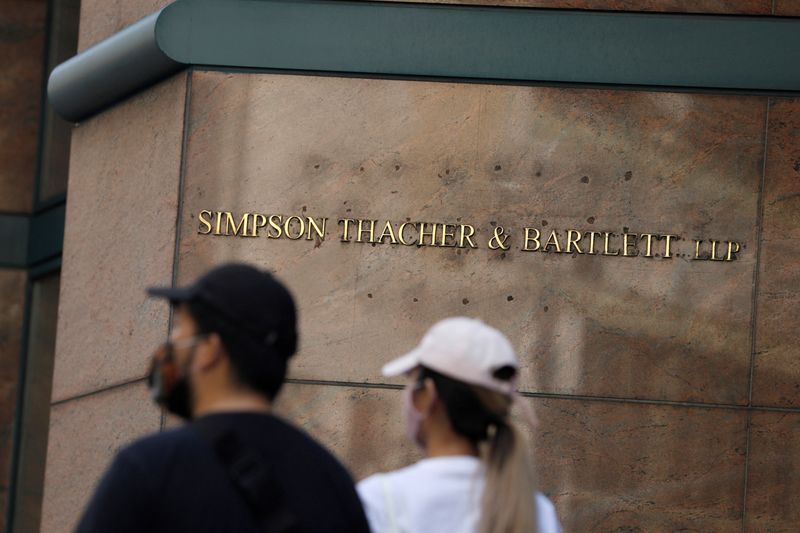 They worked on the three biggest mergers and acquisitions (M&A) announced so far this year, pushing Simpson Thacher to the No. 1 spot of the U.S. dealmaking league tables for law firms for the first time in 17 years.

Veteran M&A lawyer Alan Klein, who has advised Microsoft Corp (NASDAQ:) on every major acquisition of the past decade, landed the biggest deal announced so far this year when the technology giant agreed to buy video game maker Activision Blizzard Inc (NASDAQ:) in January for $68.7 billion.

Klein was also brought in to advise Twitter Inc (NYSE:)’s board of directors alongside another law firm, Wilson Sonsini Goodrich & Rosati, when Elon Musk negotiated a $44-billion deal last month to acquire the social media company.

“This is obviously incredibly fortuitous and impressive to have been involved with three deals north of $40 billion, two of them over $60 billion, in the first five months of the year. To have those deals in the course of any one full year would be extraordinary,” said Klein.

While Simpson Thacher has consistently ranked among the top ten most-active law firms in U.S. M&A, it has not finished a year as No 1 since 2005. It is now on track to do so; it has advised on deals worth $230 billion so far this year, more than any other law firm. It is trailed by Skadden, Arps, Slate, Meagher & Flom, which has advised on $193 billion worth of deals.

Simpson Thacher partner Anthony Vernace, who worked on the Activision and Twitter deals alongside Klein, said the firm’s decades-long relationships with the likes of Silver Lake and Microsoft was key to edging out other top-drawer U.S. law firms for the lead roles on those transactions.

“Each of these three transactions represents the culmination of the kind of broad base experience and client relationship strength we’ve cultivated and nurtured over a long period of time,” Vernace said.