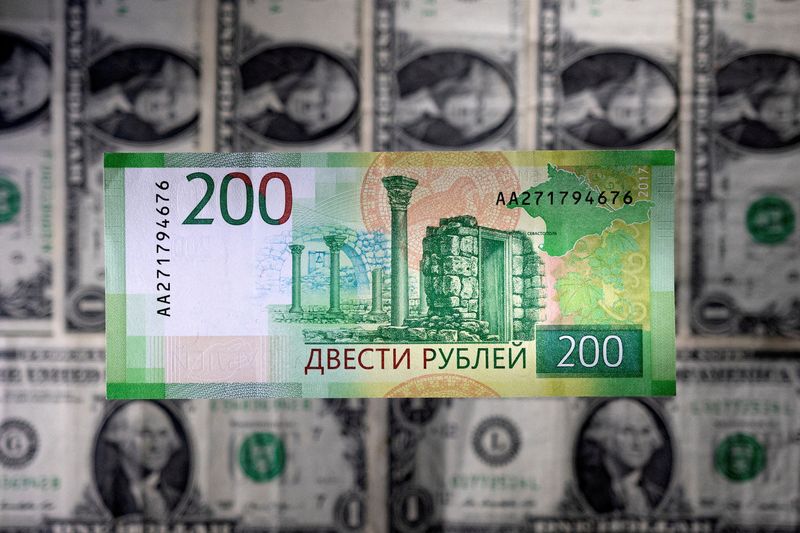 (Reuters) – Russia is cutting the proportion of foreign currency revenues that exporters must convert into roubles to 50% from 80%, the finance ministry said on Monday, after the policy contributed to steep gains in the local currency.

Despite an economic crisis prompted by the conflict in Ukraine, the rouble has surged about 30% against the dollar this year, and on Monday hit a near seven-year high against the euro.

That has raised concerns the strong currency could hurt Russia’s budget revenues from exports.

The finance ministry said a government commission had decided to lower the proportion of revenues that exporter-focused companies must convert into roubles.

“This is linked to the stabilisation of the rouble rate and reaching a sufficient level of foreign currency liquidity on the domestic currency market,” the ministry said.

Russia introduced the mandatory foreign currency conversion in late February after Western sanctions – imposed in response to what Russia calls its “special military operation” in Ukraine – froze nearly half of the country’s reserves and deprived the central bank of ability to intervene in the currency market.

Since then, the rouble has been boosted by demand from exporters, while there has been limited demand for dollars and euros from importers due to disrupted supply chains.

Retail demand for foreign currency has also been held back by restrictions on money withdrawals from bank accounts and on cross-border transactions.