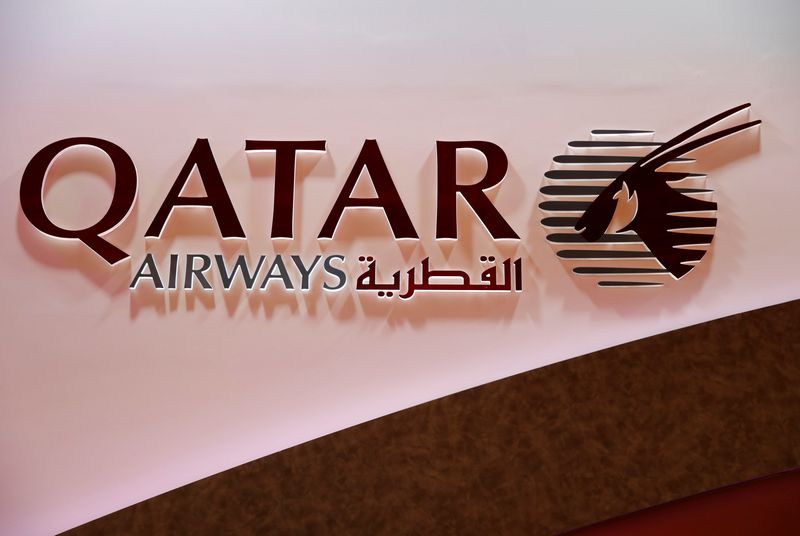 PARIS (Reuters) -Qatar Airways has asked a UK court to reinstate an order for 50 Airbus A321neo passenger jets that the European planemaker revoked as part of a bitter dispute over the partial grounding of larger A350s, a court filing showed on Friday.

Failing that, the Gulf carrier is asking a UK judge to award the airline unquantified damages over the planemaker’s decision to withdraw what it described as a “unique” plane as it prepares to receive the 220-seat A321neo from February next year.

The claim is the latest salvo in a months-old contractual and safety dispute that has brought relations between two of the industry’s largest players to an all-time low.

The two sides are at loggerheads over erosion to the painted surface and gaps in lightning protection on A350 jets.

So far, the airline has said Qatar authorities have grounded 21 of its 53 A350s over safety concerns, prompting the airline to sue Airbus for more than $600 million as it prepares for an influx of visitors ahead of this year’s FIFA World Cup.

In the new filing, Qatar Airways disclosed that a further A350 had been grounded on Feb. 13.

Airbus has acknowledged quality problems but accused the airline of mislabelling them as safety woes to get compensation. European regulators have said the problems do not amount to an airworthiness issue on the jet, which is not grounded elsewhere.

As the A350 row heated up, Airbus last month cancelled the order for A321neos, saying Qatar had breached a clause linking the two deals. Days later, Qatar placed a provisional order for at least 25 competing Boeing (NYSE:) 737 MAX. [L1N2U029N]

Despite that, Friday’s filing sang the praises of the Airbus model, saying it had no available equivalent in a section designed to support its request to have the deal reinstated.

Qatar also asked the division of London’s High Court to order Airbus not to try resell the A321neos, which are in high demand. Airbus is sold out until 2028 on that model and Qatar would otherwise face “severe disruption,” it said.

Details of the airline’s claim emerged as Airbus was expected to issue a counter-claim in the A350 dispute.

A spokesperson confirmed Airbus had filed documents but declined to provide details ahead of their publication.

The planemaker has insisted in preliminary hearings that the A350 is safe to fly and suggested its own interests could be damaged if it were forced to go ahead and build the A321neos while waiting for the outcome of a potentially long spat.

Even so, Airbus has been ordered to preserve the status quo until a hearing due in April.

Some investors wary of ‘buying the dip’ as Ukraine, Fed gyrate stocks