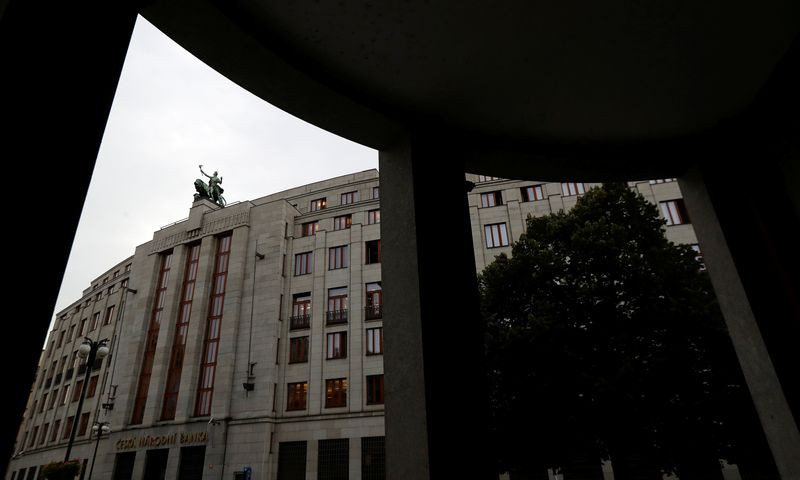 PRAGUE (Reuters) – Czech President Milos Zeman appointed central bank board member Ales Michl as the new governor on Wednesday, picking an opponent of the rapid policy tightening the central bank has delivered in the past year to tame soaring inflation.

Michl, who has voted for stable rates at each policy meeting since last June when the central bank embarked on its tightening course, will replace outgoing Governor Jiri Rusnok from July.

Michl, 44, said after his appointment that his main goal would be to return inflation to the bank’s 2% target from 15% he and the central bank see in the summer, a process he expected to take two years.

But he said higher rates were no remedy given inflation was mainly driven by energy prices.

“I expect interest rates to be at a level (when I take over in July) that is sufficient to tame demand-driven inflation, should it happen,” he said.

“I expect I will propose, at the first meeting I lead in the summer, stability of interest rates for some time. We will evaluate impacts of monetary policy to date, new indicators coming from the economy, and after certain period decide what next.”

The meeting, then the mob. A ‘turning point’ in Sri Lankan crisis