By Philip Georgiadis and Alice Hancock On Jul 11, 2022 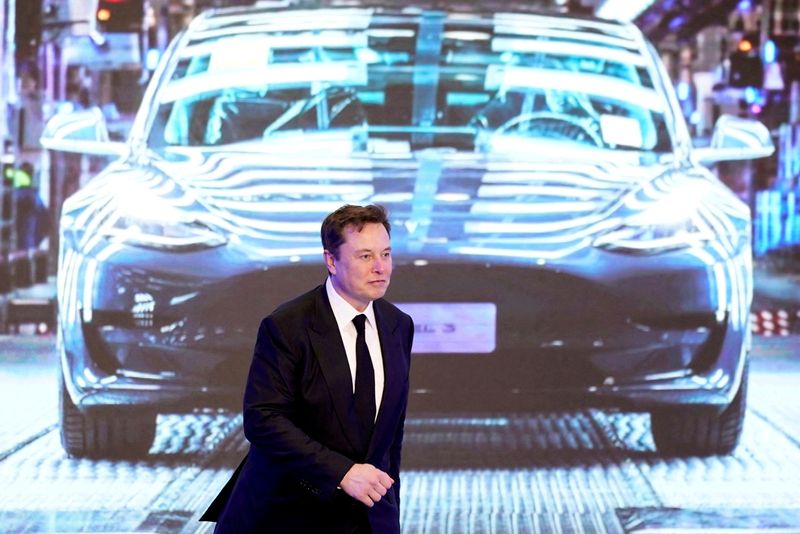 By Noel Randewich and Hyunjoo Jin

(Reuters) – Elon Musk’s attempt to scrap his purchase of Twitter Inc (NYSE:) may leave the world’s wealthiest person in a stronger financial position than before he unveiled the $44 billion deal, with billions of dollars in cash from selling Tesla (NASDAQ:) shares now sitting in the bank.

After Musk on Friday tore up his April 25 agreement to buy the social media platform, with Twitter promising to force him to make good, the two sides face a potentially drawn-out legal battle that could still cost Musk billions of dollars, according to legal experts.

Whatever the outcome may be, the Tesla chief executive for now appears to be sitting on around $8.5 billion in cash raised from selling shares of the automaker late in April to finance the Twitter acquisition. In the last week of April, Musk sold 9.6 million Tesla shares at an average price of around $885 per share.

“He is almost certainly in a better cash position now than he was a year ago because he has sold so much Tesla stock, particularly at a fairly high price,” said Guidehouse Insights analyst Sam Abuelsamid.

“However, depending on what the ultimate outcome of the litigation around this is, he could end up being in a much worse situation.”

At the time Musk sold his shares, Tesla investors worried that buying Twitter could become a distraction for Musk while Tesla faces growing worries about the economy and mounting competition from rivals. But while CEO stock sales normally make investors nervous, the Twitter deal provided a reasonable explanation for Musk to reduce his massive stake in Tesla.

In December, Musk cited looming options expiries and tax payments for the sale of over $16 billion of Tesla stock.

Since selling Tesla shares in April, the stock has tumbled 19%, with it and other growth stocks hammered by investor worries about inflation and a potential recession. If Musk had not sold those Tesla shares, they would now be worth almost $1.6 billion less.

It is not clear how much income tax Musk may pay on proceeds from the sale of his Tesla shares.

Musk receives no salary from Tesla, instead earning billions of dollars worth of stock options after hitting several stock and performance targets in recent years. He still owns about 16% of Tesla, worth about $115 billion.

If Musk loses his legal battle against Twitter and is forced to complete the acquisition or pay a stiff penalty, he could conceivably have to sell more Tesla shares, spooking investors and hurting the value of his remain Tesla stake, said Abuelsamid.

Musk has not done as well with Twitter shares he bought before announcing he would acquire the company. Musk purchased 73 million Twitter shares for $2.64 billion through January to April, at an average price of around $36 per share. Twitter’s stock tumbled 9.5% to $33.50 on Monday. At that price, the value of his Twitter stake has fallen by about $200 million.