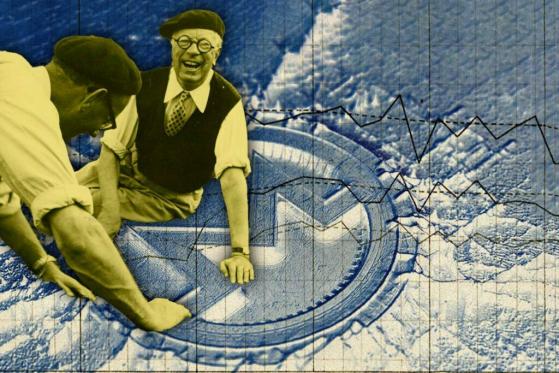 Monero ($XMR) is a privacy-focused cryptocurrency specifically developed as a means of allowing users to conduct anonymous and untraceable transactions through the utilization of a variety of different cryptographic technologies. Additionally, Monero undergoes regular protocol changes to the mining algorithm it has and is constantly being improved upon.

The technology responsible for ensuring that all of this works efficiently is known as Ring Signatures, which are used as a means of mixing the digital signature of an individual making an XMR transaction with those of other users prior to recording it on the blockchain.

Monero ($XMR) has seen a rapid growth in value, which is one of the main reasons why it has become one of the most popular privacy-oriented cryptocurrencies out there.

On January 6, 2022, we saw the release of the Monero GUI 0.17.3.1 ‘Oxygen Orion.’ There were numerous improvements made through this update, such as a fix of the startup crash on Apple (NASDAQ:) Silicon, a fix to the wizard password not resetting after wallet creation, update translations, and minor bug fixes and UI improvements.

Additionally, a GitHub user known as reemuru shared a lightweight browser extension that provides a simple UI for a Monero wallet. Monero also saw the launch of P2Pool v1.8.

Hash Strongman also added a Monero module to the Learn Crypto Course, and there were 4 MoneroKon 2022 planning meetings throughout February.

There was also the launch of RINO wallet, which is now in a public beta. It is essentially a multisig, enterprise-grade Monero wallet.

In terms of future events and developments, Exodus Wallet is planning to add support for Monero on the Trezor blockchain by the end of June 2022.

Monerujo, the first Monero mobile wallet app, announced that their SideKick project got fully funded, and we can expect an official release going forward.

Additionally, Haveno announced that they would become more decentralized and a key contributor to Monero’s development.

Twitter (NYSE:) user @McKibbinUSA shared excitement over the growth of the $XMR token, where he posted an image buying the cryptocurrency: “Someone just bought some #Monero $XMR!”.

Another user, @fewseethis, showcased how he has an interest in loading up on $XMR and shared charts which are an indication that privacy coins are starting to pump up:

i’m looking to load up on $xmr here. privacy coin with a long history and an explosive potential showing early signs of a possible lift offnarratives are all important lately. other privacy coins starting to pump as well = a trend may be formingcharts tell the story very well pic.twitter.com/QyhAOjG7CZ

Another user, @CryptoTea_, shared a perspective on how the value of $XMR is climbing:

Why You Should Care

As cryptocurrency enthusiasts turn to privacy tokens as a means of conducting transactions a lot more anonymously, Monero ($XMR) is one of the leading tokens which has a lot of room for growth.

Join to get the flipside of crypto

Upgrade your inbox and get our DailyCoin editors’ picks 1x a week delivered straight to your inbox.