McDonald’s to exit Russia after 30 years 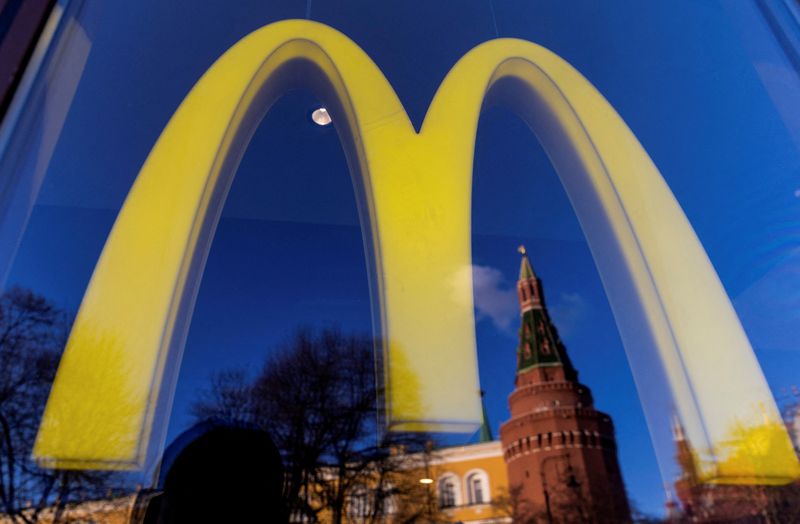 © Reuters. FILE PHOTO: A logo of the McDonald’s restaurant is seen in the window with a reflection of Kremlin’s tower in central Moscow, Russia March 9, 2022. REUTERS/Maxim Shemetov

(Reuters) – McDonald’s Corp (NYSE:) said on Monday it had initiated a process to sell its business in Russia after 30 years of operating its restaurants in the country, following Moscow’s invasion of Ukraine.

In March, McDonald’s closed all its restaurants in Russia including its iconic Pushkin Square location.

As part of the exit, the company expects to record a non-cash charge of about $1.2 billion to $1.4 billion.

“The humanitarian crisis caused by the war in Ukraine, and the precipitating unpredictable operating environment, have led McDonald’s to conclude that continued ownership of the business in Russia is no longer tenable,” McDonald’s said.