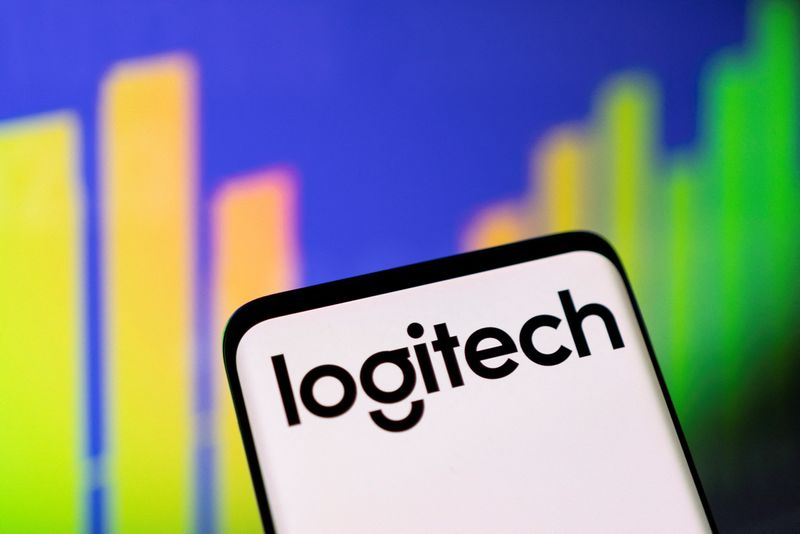 © Reuters. Logitech logo and stock graph are seen in this illustration taken, May 1, 2022. REUTERS/Dado Ruvic/Illustration

(Reuters) -Logitech International reported a 20% drop in sales for its fourth quarter on Tuesday, as the computer mice, webcam and keyboard maker lapped high comparables from a year earlier.

Sales fell to $1.23 billion for the three months to the end of March from $1.54 billion a year earlier, when sales were massively boosted by people buying peripherals to equip their home offices during the COVID-19 pandemic.

Logitech (NASDAQ:) also reduced its fiscal year 2023 outlook, removing the estimate of annual sales and profits that would have been generated in Ukraine and Russia.

The company now expects sales growth in constant currency to be between 2% and 4%, and non-GAAP operating income to be between $875 million and $925 million in fiscal year 2023.

The Swiss American company said GAAP operating income fell 56% to $129 million in the quarter, from $295 million a year earlier.

Futures Movers: Oil ticks higher ahead of OPEC+ meeting that could bring production…