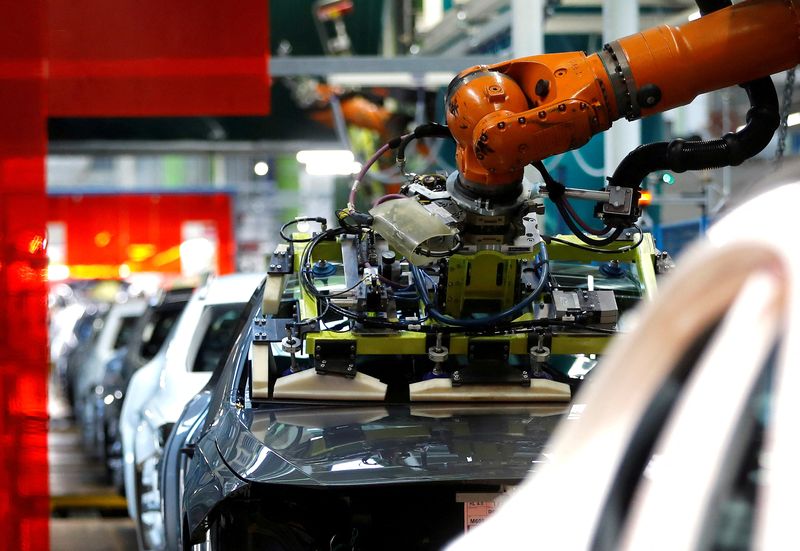 © Reuters. FILE PHOTO: A robot adjusts a windscreen in a fully automated process on a model of the A-class production line of German car manufacturer Mercedes Benz at the Daimler factory in Rastatt, Germany, February 4, 2019. REUTERS/Kai Pfaffenbach/File Photo/File

BERLIN (Reuters) – Germany’s economy is expected to grow more weakly than previously expected this year due to the economic consequences of the war in Ukraine, the Ifo institute said on Wednesday.

The institute cut its 2022 forecast for German growth to 2.5%, from 3.1% previously predicted in March, while revising its inflation forecast to 6.8%, up from an earlier 5.1%.

“At the beginning of the year, high prices led to a loss of purchasing power among private households and in turn to a decline in goods consumption,” said Ifo economist Timo Wollmershaeuser.

Commodity prices and supply bottlenecks are expected to gradually ease in the second half of the year, said Wollmershaeuser, with Ifo predicting that German growth will reach 3.7% in 2023.

Why Retailers Soon May Slash Prices ‘Like You’ve Never Seen’