By Guy Chazan Richard Milne Ben Hall and Jim Pickard On May 2, 2022 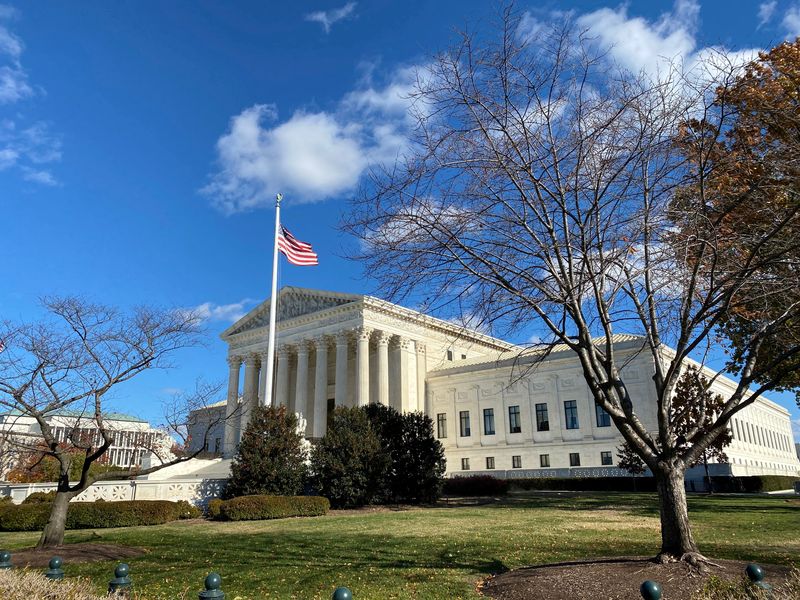 Reuters was not immediately able to confirm the draft independently. If correct it would an unprecedented disclosure of a draft Supreme Court opinion.

The Supreme Court and the White House declined to comment.

“Roe was egregiously wrong from the start,” Justice Samuel Alito wrote in the draft opinion which is dated Feb. 10, according to Politico.

Four of the other Republican-appointed justices – Clarence Thomas, Neil Gorsuch, Brett Kavanaugh and Amy Coney Barrett – voted with Alito in the conference held among the justices, the report added.

“It is possible there have been some changes since then (Feb 10),” Politico reporter Josh Gerstein, who broke the story, said on MSNBC late on Monday.

At times, in between the initial vote and the ruling being released, the vote alignment can change. A ruling is only final when it is published by the court.

In a post on Twitter (NYSE:), Neal Katyal, a lawyer who regularly argues before the court, said if the report was accurate it would be “the first major leak from the Supreme Court ever.”

The court, which has a 6-3 conservative majority, heard oral arguments in December on Mississippi’s bid to revive its ban on abortion starting at 15 weeks of pregnancy, a law blocked by lower courts.

According to the Politico reported it appeared based on December’s oral argument that a majority was inclined to uphold Mississippi’s abortion ban and that there could be five votes to overturn Roe.

The 1973 Roe v. Wade decision recognized that the right to personal privacy under the U.S. Constitution protects a woman’s ability to terminate her pregnancy.

Mississippi asked the justices to overturn the Roe and Casey rulings.

New York Governor Kathy Hochul, a Democrat, said on Twitter that New York will “always guarantee” the right to abortion.

“This is an absolutely disgraceful attack on our fundamental right to choose, and we will fight it with everything we’ve got,” Hochul said on Twitter in a reaction to Politico’s report.