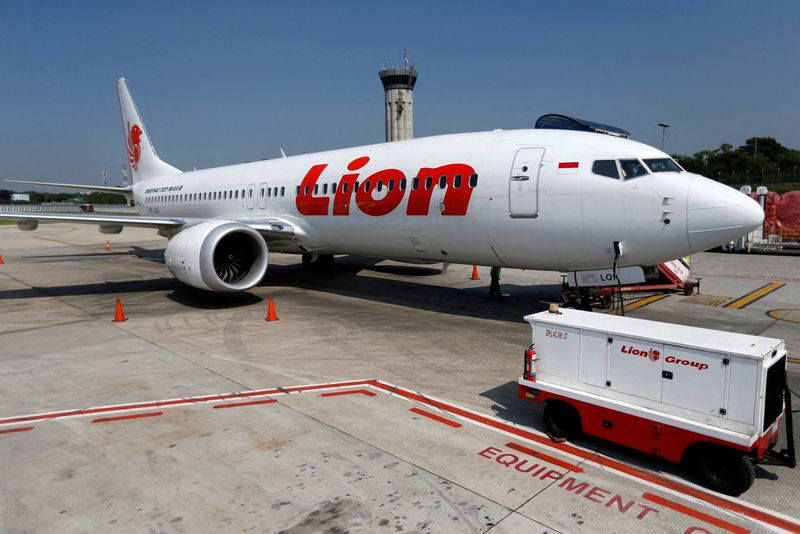 JAKARTA (Reuters) – Indonesia will lift a ban on the Boeing (NYSE:) 737 MAX, the Southeast Asian country’s transportation ministry said on Tuesday, three years after local carrier Lion Air lost one of the planes in a fatal cash during a routine domestic flight.

189 people were killed when the flight plunged into the Java Sea shortly after take off in October, 2018. A similarly deadly incident with an Ethiopian Airlines 737 MAX the following March prompted aviation authorities around the world to ground the aircraft.

The approval for its return comes months after the model returned to service in the United States and Europe, and follows more recent lifting of grounding orders in other countries, including Australia, Japan, India, Malaysia, Singapore and Ethiopia.

Indonesia will follow other countries in lifting the ban after an evaluation of changes to the aircraft’s system, its transportation ministry said in a statement.

Pilots at Indonesia-based airlines will have to undergo additional simulator training before they can fly the plane again, the statement added.

Privately owned Lion Air, which operated ten 737 MAX planes before the ban, did not immediately respond to a request for comment.

National flag carrier Garuda Indonesia said it had no plans to reintroduce the plane to its fleet as it focuses on an ongoing debt restructuring process, chief executive Irfan Setiaputra told Reuters.

The state-controlled airline, which had operated one 737 MAX before the ban, has said it plans to cut its fleet from 142 to 66 planes under the plans.

Leo Lewis in Tokyo and Edward White in Seoul

10 Mistakes That Cost You Money at Warehouse Stores