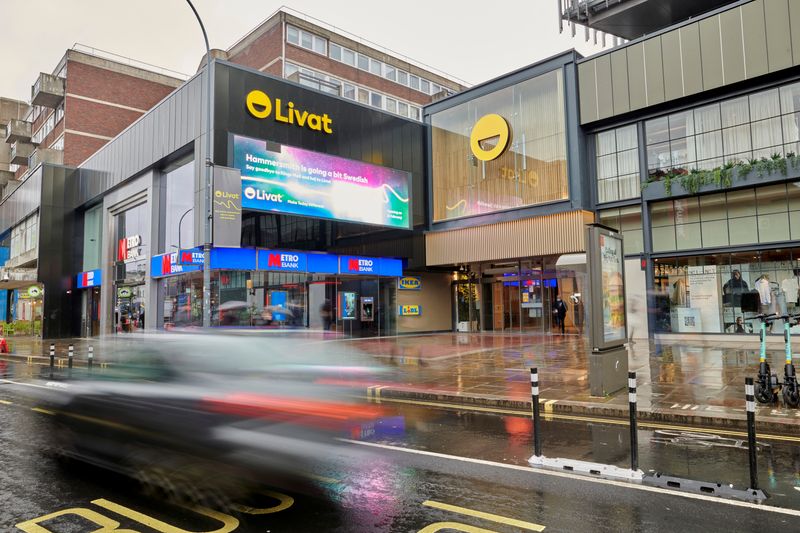 STOCKHOLM (Reuters) – IKEA said on Thursday it would invest £1 billion ($1.4 bln) in London over three years, as it opened the doors to its first high street IKEA store in Britain, anchoring its first-ever inner-city mall, in the capital’s Hammersmith district.

IKEA, known for its giant out-of town warehouse stores, is in the midst of a strategy shift towards smaller inner-city locations and more digital and other services as it adapts to new shopping habits.

Ingka Group, the owner of most IKEA stores world-wide, and also of IKEA store-anchored shopping malls across Europe, Russia and China, opened the first of its new, smaller inner-city store formats in Paris in 2019.

The planned investments in London would be in existing and new stores, distribution and delivery services as well as various pilot trials, it said on Thursday as it inaugurated the Hammersmith store and mall.

“Using London as a test-bed for innovation, the retailer will trial and develop new formats and initiatives,” it said in a statement.

The next inner-city IKEA store in London is due to open in the autumn of 2023, Ingka Group said, on Oxford Circus where it bought an iconic building in 2021.

Cindy Andersen, head of malls subsidiary Ingka Centres, said the mall in Hammersmith was now fully let, against a 25% vacancy when Ingka bought it in late 2019, defying a commercial property market downturn.

She predicted the redeveloped mall – or “meeting place” as Ingka itself calls its malls – to double annual footfall, compared with 2019 figures, to 6 million.

“Fundamentally, our belief is still that people want to be with other people, to experience exciting spaces, to gather”, she said, adding that the aim was to create places that people would visit every day rather than once a week.

Ingka Centres’ second inner-city location to open was now expected to be in San Francisco, where it is redeveloping an ailing mall bought in 2020 despite deeply depressed retail markets and uncertainty caused by the pandemic.

Ingka Group’s malls, as well as its IKEA stores, are recovering well from the depths of the pandemic. Andersen told Reuters tenant sales in November-December, the important festive period, were up 25% globally from a year earlier, and up 8% from pre-pandemic 2019, to 1.3 billion euros.

Graduates to pay more as repayment threshold on loans lowered