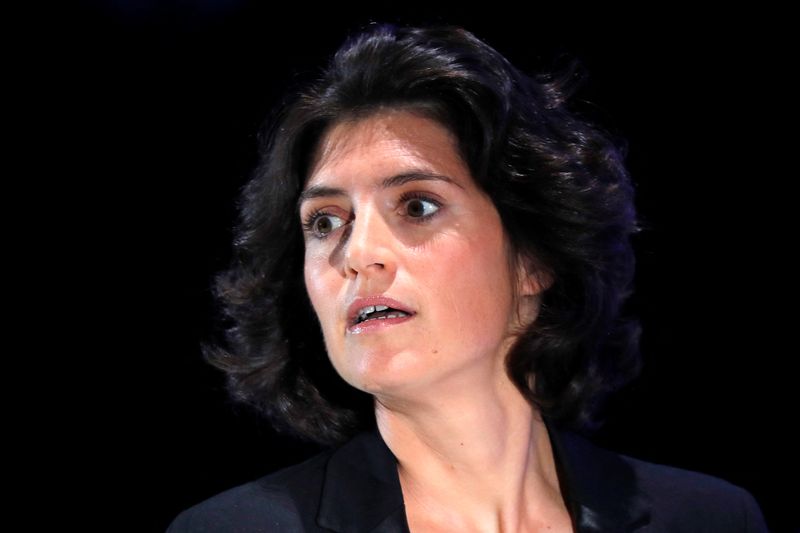 PARIS (Reuters) -Orange, France’s biggest telecoms operator, is on course to name Christel Heydemann as its new chief executive, making her the first woman to lead the former monopoly amid a revamp of its governance, two sources said on Sunday.

Few women hold top executive roles at France’s biggest listed companies. Heydemann would become the third CEO of the Paris blue-chip index, after Engie’s Catherine MacGregor and Estelle Brachlianoff, who is slated to take the reins of utility group Veolia on July 1.

The board of Orange, on which Heydemann has sat since 2017, is scheduled to meet on Friday to formally appoint her as the new boss, the sources close to the matter added.

A graduate of France’s elite engineering school Polytechnique, Heydemann, 47, will replace Stephane Richard at the helm of the state-controlled group after a court convicted him of complicity of misuse of public funds.

Richard, who has led Orange for the past 12 years, denies any wrongdoing.

The Orange board meeting was formally scheduled on Monday, but was postponed to Friday to solve some issues such as the date when Heydemann would formally take over and a potential temporary extension of Richard’s operational role, the sources said.

Richard was initially slated to quit the group on Jan. 31. His role as chairman remains to be filled, as the split of chairman and CEO positions is part of the governance revamp.

Heydemann’s name has been circulating for days in the French press and presented as the favoured candidate of France’s finance ministry, which holds sway over the governance of Orange, in which the state owns a combined 23% stake.

France’s weekly JDD was first to report Heydemann’s likely appointment at a board meeting on Friday.

The new Orange boss will take the reins of the company as it keeps on deploying the new generation of internet mobile networks and broadband fibre optic infrastructure – capital-heavy investments that have pressured its margins as its two biggest markets, France and Spain, remain highly competitive.

The group is deemed strategic by the government and scrutinised by the finance ministry and the Elysee Palace, an important factor to take into account for any new CEO willing to embark in a transformative deal.

Orange has managed to stabilise its revenues after the arrival of Iliad’s low-cost Free Mobile in France in 2012 triggered a price war, and it has expanded its activities in West Africa, Poland, Romania as well as in cybersecurity and banking services.

But its recent financial underperformance, especially in Spain where it had to cut staff, has disappointed investors, with shares now trading at a price that is about a third lower than five years ago.