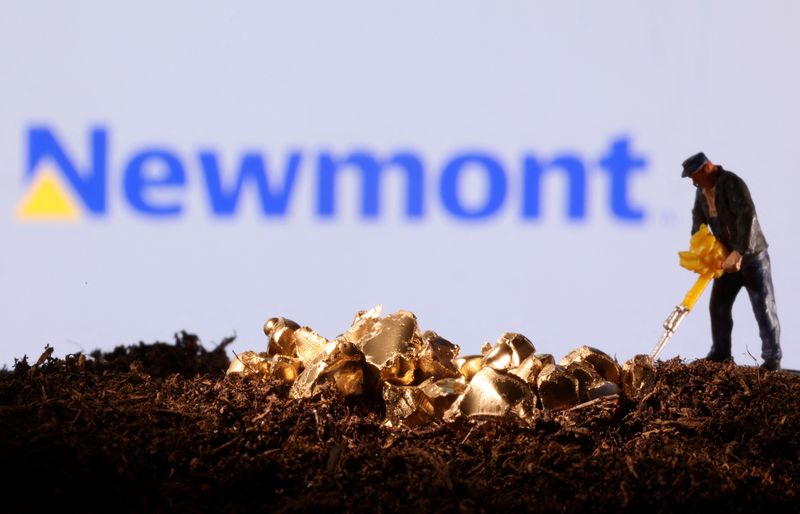 © Reuters. FILE PHOTO: A small toy figure and gold imitation are seen in front of the Newmont logo in this illustration taken November 19, 2021. REUTERS/Dado Ruvic/Illustration/File Photo

(Reuters) – Miner Newmont Corp on Monday reported a drop of about 41% in second-quarter adjusted profit hurt by lower gold prices.

Bullion prices faced their worst quarter since early 2021, falling nearly 7% in the three months ended June, as a firm dollar and aggressive rate hikes from central banks to rein in inflation eroded the appeal of the non-yielding asset.

The company said its all-in sustaining cost, an industry metric that reflects total expenses associated with production, rose to $1,199 per ounce of gold from $1,035 per ounce.