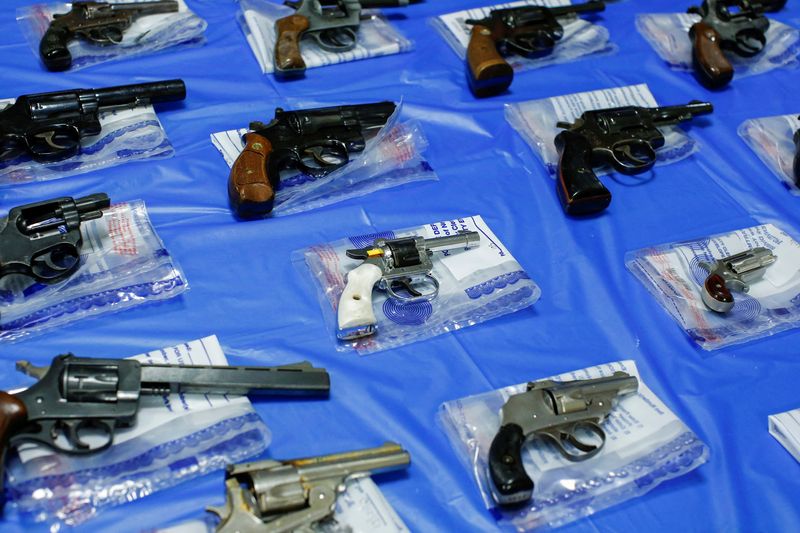 (Reuters) – Georgia’s second-largest school district has approved a policy to allow personnel who are not certified police officers to carry guns, part of its response to the shooting at a Texas school that killed 19 children and two adults two months ago.

The Cobb County school board voted 4-2 at a meeting on Thursday to adopt the policy as a way to bolster the number of staff carrying guns at a time when finding new police officers is difficult. The policy would exclude teachers from carrying guns.

Employees authorized to carry guns would get the same training as certified school resource officers.

It was not clear whether the suburban Atlanta district intended to hire new security personnel who were not police officers, or if it would use existing employees for the role.

During the meeting, opponents of the policy booed and shouted, “Delay the vote,” demanding a more detailed discussion take place at an Aug. 18 meeting before the board made a final decision.

Representatives of the superintendent’s office were not immediately available for comment, and members of the board who voted on the policy could not be reached.

In Uvalde, Texas, police took more than an hour to intervene when a gunman entered Robb Elementary School and opened fire in a classroom. The delayed response has sparked national debate regarding the law enforcement response in Uvalde, as well as over the risks and benefits of arming staff at schools to help protect schoolchildren.

A 2014 Georgia state law enables school districts to set policies to arm teachers and other staff, but only a handful have done so since the Marjory Stoneman Douglas High School shooting in Parkland, Florida, in 2018, Ragland said.

The state school board did not immediately respond to a request for the number of districts that have allowed armed teachers in classrooms.

Before the vote, Ragland said the district, with 107,000 students, currently has nearly 70 officers stationed among its 114 schools.

“If the board gave me a blank check and said go hire a school resource officer for every school in Cobb County, I could not do that,” Ragland said.