By Kiran Stacey in Washington and Stefania Palma in Montreal On Apr 23, 2022 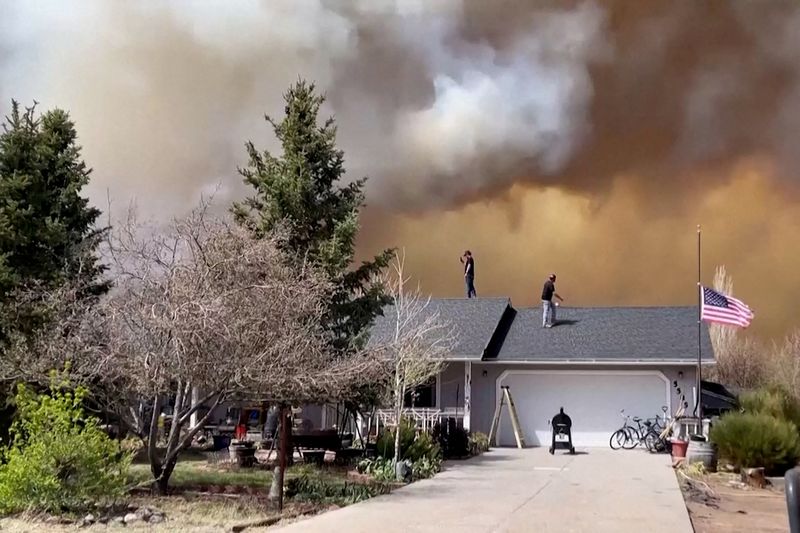 Over a dozen small communities were evacuated as two wildfires merged in mountains around 30 miles northeast of Santa Fe, driven by wind gusts of over 60 mph (97 kph), according to local authorities.

“It’s heartbreaking, it’s terrifying,” said Joy Ansley, a spokeswoman for San Miguel County where the fires are burning. “We’re not letting people back in once they come out, it’s a very serious, a very grim situation.”

The blazes were among over a dozen burning across the U.S. Southwest as a decades-long drought combined with abundant dry vegetation, raising concerns the region was in for a harsh fire year.

“There’s going to be a lot of homes, buildings impacted, it’s a very chaotic situation,” Turner said of the Calf Canyon fire.

Rising temperatures have lowered winter snowpacks and allowed larger and more extreme fires to start earlier in the year, according to biologists. The prolonged drought has been intensified by human-caused climate change, according to climate scientists.

Around 35 miles east of Taos, New Mexico, the Cooks Peak fire exploded in size to threaten the Philmont Scout Ranch and village of Cimarron. Firefighers in Arizona began to contain the Tunnel fire near Flagstaff which has burned dozens of homes.

Kiran Stacey in Washington and Stefania Palma in Montreal