By James Politi in Washington and Derek Brower in New York On Feb 24, 2022 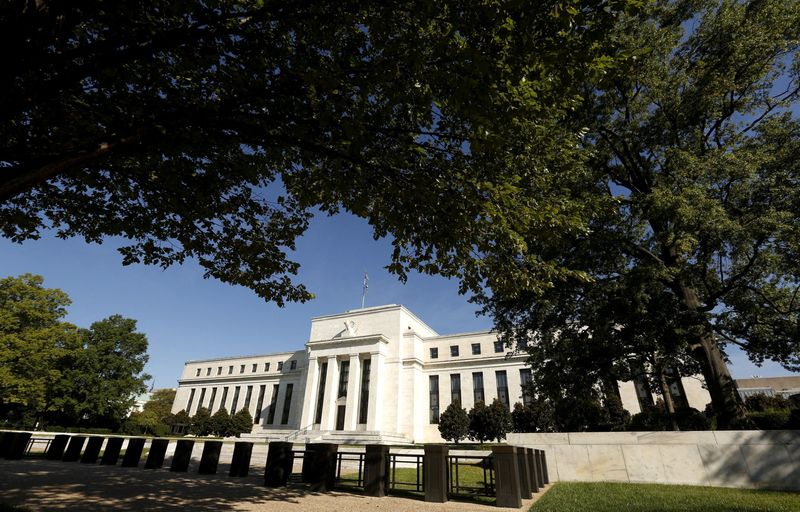 (Reuters) – Federal Reserve Governor Christopher Waller on Thursday laid out the case for a “concerted” effort to rein in inflation, calling for raising interest rates a full percentage point by mid-year, starting with a half-percentage-point hike in March if data in coming weeks continues to point to an “exceedingly hot” economy.

“I believe appropriate interest rate policy brings the target range up to 1 to 1.25 percent early in the summer,” Waller said in remarks prepared for delivery to the University of California, Santa Barbara, Economic Forecast Project. The Fed should also start trimming its $9 trillion balance sheet “no later than” its July meeting, he said.

Once initial rate hikes are made, further increases would be in order if inflation stayed high, Waller said, or could slow or pause if inflation moderates in the second half as he expects.

“Of course, it is possible that the state of the world will be different in the wake of the Ukraine attack, and that may mean that a more modest tightening is appropriate,” Waller said.

But, he said, it is still far too early to read the impact of the conflict on the U.S. or world economy. And with consumer prices rising the fastest in 40 years, the Fed “must respond decisively to the data so as to maintain our credibility that we will bring down inflation.”

Over the past week or so Fed policymakers largely signaled a preference for beginning the coming round of U.S. interest rate hikes with a modest quarter-point hike, and after Russia’s invasion of Ukraine traders slashed bets on a bigger March hike.

But Waller’s remarks – which echo the views of St. Louis Fed President James Bullard, his former boss — suggest that Fed Chair Jerome Powell will be contending with a divided policy-setting committee when it meets on March 15-16.

At issue is not just whether to “frontload” rate hikes as Waller and Bullard suggest, but also how far to raise rates and how fast to trim the Fed’s balance sheet to tighten monetary policy enough to slow demand and rein in inflation.

On Thursday Waller said the Fed should allow the balance sheet to run off much faster than in 2017 when it last let its holdings shrink, in light of the much stronger economy now and what is now a much bigger balance sheet.

The Fed should not put any caps on how quickly to let mortgage-backed securities run off, he said.

“With large caps and sizable amounts of securities maturing over the course of the next year or two, I do not see the need to consider asset sales anytime soon,” Waller said, though “down the road” the Fed could consider sales of MBS.

As the Fed makes decisions on policy, Waller said, it must “urgently” watch the data, noting how few had foreseen how much inflation would rise in 2021, and his own surprise at how little the most recent COVID surge had slowed the economy.

“I will continue to monitor the geopolitical situation to assess the appropriate timing of this near-term monetary policy tightening,” Waller said. “These actions will get us into the second half of the year, when we will have six months of inflation data, and we can assess what the appropriate path will be for the rest of 2022.”

James Politi in Washington and Derek Brower in New York