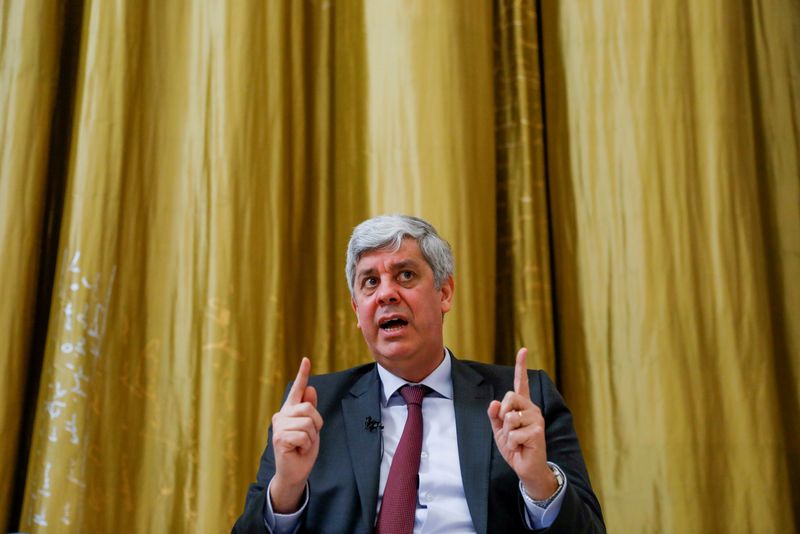 LISBON (Reuters) -The normalisation of the European Central Bank’s monetary policy after a long period of ultra-low interest rates is needed and must happen in a sustainable way, increasing the ECB’s intervention capacity, its Governing Council member Mario Centeno said on Tuesday.

With inflation soaring to a record high of 7.5% in the euro zone last month, well above the ECB’s 2% target, policymakers are increasingly advocating a rapid unwinding of stimuli, and several want a rate hike as soon as July.

“If it (normalisation) is done with the sustainability that we all want, and the ECB is working on it, it will mean increased intervention capacity of the central bank in the short and medium term,” the Bank of Portugal chief told reporters.

Centeno said the decision on monetary policy will be collective, and that the ECB should communicate coherently the reasons behind its decisions to people and businesses.

“Making very peremptory statements (about monetary policy) before we all have the same information can only result in noise,” he said, without specifying whose statements he was referring to.

Dutch central bank chief Klaas Knot said earlier on Tuesday the ECB should raise its key interest rate by 25 basis points in July but should keep the door open to a 50-bps move if incoming data over the next few months suggests that inflation is “broadening further or accumulating”.