Down to Zero: Terra Luna Crash and Its Impact on Crypto Adoption 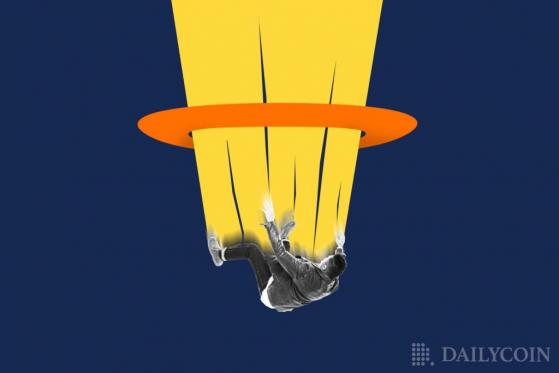 Down to Zero: Terra Luna Crash and Its Impact on Crypto Adoption

The world of cryptocurrency has been steadily growing in size, interest, and value. In fact, as of 2021, about 106 million people around the world use cryptocurrencies, and financial analysts say that by 2025, the global blockchain market will grow by $39.17 billion U.S. dollars.

Sadly, with the recent breakdown in the crypto market affecting , , , stablecoins, and altcoins, people are back to facing the stark reality that at the heart of crypto lies many uncertainties.

The spotlight shines on Luna, a stablecoin founded by Daniel Shin and Do Kwon in January 2018. Terra Luna’s merciless crash has sent a chill down the spine of keen investors. People thought this stablecoin would be a safe haven, but they couldn’t have been more wrong.

So what went wrong? Let’s find out how the story of Terra Luna unfolded, why it crashed, and what this chaos means in the face of an economic storm.

Stablecoins and the Rise of Terra Luna

First off, stablecoins, unlike other cryptocurrencies, are made to be “stable” in every sense of the word. Their stability is made possible because they are tightly pegged to a traditional fiat currency, such as the US dollar, or to a commodity like gold. For instance, if you have 1,000 USDC tokens, they can at any time be exchanged for $1,000.

Stablecoins provide some of the stability that is lacking in most cryptocurrencies, making them unusable as actual currency, and they are a practical and cost-efficient way to transact in cryptocurrency. Now, let’s talk about Terra Luna. Luna is the native token of Terra, a blockchain developed by the Korean firm Terraform Labs.

Do Kwon’s company, Terraform Labs, raised more than $200 million from investment firms such as Lightspeed Venture Partners and Galaxy Digital to fund crypto projects built with the currency despite the industry criticism he got against the security and reliability of Terra Luna’s technology.

Luna’s total value shot up to more than $40 billion, creating a frenzy of excitement that swept up traders and start-up founders, including rich investors. Terra Luna came to prominence in December 2021, when the value of each coin started rising, from $5 to a high of $116 in April this year. Terra was strategically molded by Kwon and was once ranked among the top 10 most valuable cryptocurrencies.

In Kwon’s own words, “At the end of this process, what is going to be beautiful is that TerraLabs is going to follow the organic trajectory of any other thing in the environment. We [are] going to come from nothing and go back to nothing.”

This was Kwon’s crazy aspiration to create a decentralized system that would eventually run itself, and it does appear that Terra Luna was “born of nothing and has returned to nothing.”

TerraUSD is an algorithmic stablecoin that tries to maintain the same value as the US dollar by using a complex seesawing mechanism with a related cryptocurrency, which is called Terra Luna (or just Luna). While 1 TerraUSD is always supposed to be worth exactly $1, the value of Luna can fluctuate. In essence, TerraUSD uses Luna as a counterweight to maintain its dollar peg. It’s a balancing system.

So what caused the value of Terra to drop below the pegged $1? For starters, Luna’s lending program, called Anchor, which promised annual percentage yields (APY) of almost 20% was crazily high and got the attention of many investors. At one point, 75% of TerraUSD coins were saved in Anchor.

However, things took a u-turn when large amounts of TerraUSD were suddenly withdrawn from Anchor based on the rumor that Terra was changing the fixed rate of 20% interest to a variable rate. This caused panic among investors, who then started selling off their Terra tokens and swapping them for other stablecoins.

The majority of the people now started exchanging TerraUSD for Luna. Ultimately, the supply of Luna spiked, and its price fell drastically below the pegged $1. With more and more people dumping the Terra coin, the balancing mechanism stopped, and both the coins, Terra and Luna, crashed.

Moreover, just a week before UST lost its peg to the U.S. dollar, Kwon had been bragging quite a lot in interviews and on Twitter (NYSE:), saying that his TerraUSD coin would never become unstable. Well, life has a way of humbling us all, and Kwon’s humility came undone by the same algorithm he put his utmost zeal and heart into.

The Aftermath of Terra Luna’s Burn

As expected, investors ran wild after Terra Luna’s value plunged below $1. It was just as shocking as it was devastating. The collapse of the Terra network cost investors a whopping sum of $40 billion.

Several crypto exchanges such as Binance delisted Luna and UST pairings. On May 16, Kwon came out with a proposal to revive what’s left of the Terra ecosystem. The plan is to fork the Terra chain into a new chain, without the algorithmic stablecoin. Whether this will pass and the Terra ecosystem will recover remains unclear.

Later, more than 2,000 investors filed a class-action lawsuit against Do Kwon, while the U.S. Securities and Exchange Commission opened its own investigation into potential money laundering.

South Korea’s ongoing investigation into the Terra/Luna collapse is also being led by a special financial crimes unit with the prosecutor’s office in Seoul banning former employees of Terraform Labs Pte. Ltd. in South Korea from leaving the country.

One of DailyCoin’s writers, Paulina Okunyte, recently explained in her Op-ed many reasons why Do Kwon should be prosecuted for what appears to be a deliberate act of ignorance. In her write-up, Paulina asks the question that is on the minds of many victims of the crash: Why Is Luna’s Do Kwon Not in Prison Yet?

The cryptocurrency industry has been working hard to get the public and governments to adopt cryptos. They are pushing out new financial products and trying to win the trust of governments, some of which have been successful.

However, with Terra Luna’s explosion, it is clear that some governments have and will strengthen their defenses against cryptocurrency. What seemed to have been a marginal chance of adoption or the willingness to approve crypto is now as slim as a reed.

In May, US Treasury Secretary Janet Yellen said the de-pegging of TerraUSD showed the urgency to have a regulatory framework on stablecoins, which aim to minimize the volatile price swings seen in most cryptocurrencies, during a Senate Banking Committee hearing. Yellen added that her Treasury Department will issue a comprehensive report that outlines the hazards posed by the cryptocurrency industry.

Nobody likes it when the truth looks them in the eyes and says, “I told you so.” Many investors are aware that cryptocurrencies are risky, but perhaps it is apt in this scenario to say that experience is the best teacher. Although the crypto market enables tons of possibilities for a lot of financial products, it is still young and thus many things are being tested and could go south quickly. Terra Luna was just one of those things.

Some industry folks believe that the technology of algorithmic stablecoins is promising and over time, it could transform the world of finance. They believe the project’s burn provides an opportunity to de-risk and design more robust systems that will withstand extreme economic shocks. Others believe that the algorithm should never be used again.