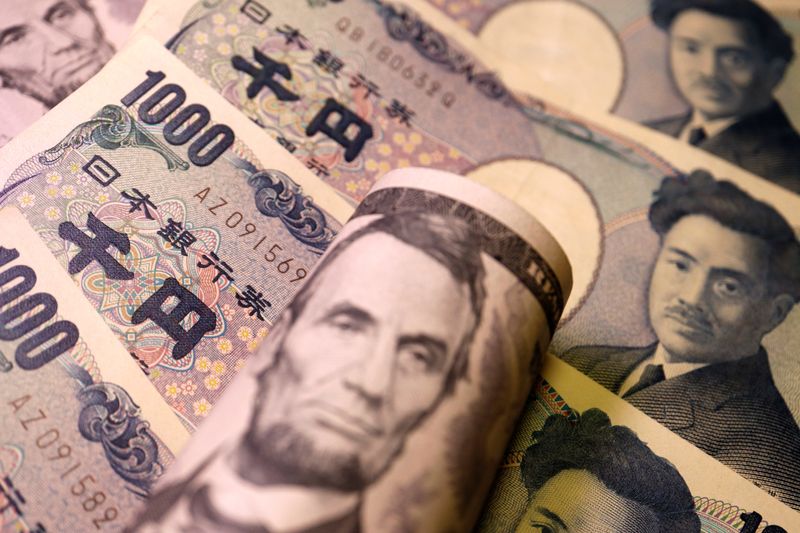 LONDON (Reuters) – The dollar edged higher in early London trading on Friday, after hawkish comments from U.S. Federal Reserve officials pushed against the idea this week’s U.S. inflation data could prompt the central bank to slow down policy tightening.

The U.S. inflation data was lower than expected, boosting riskier assets such as equities and weakening the dollar, as markets interpreted it as an indication the Fed could be less aggressive in rate hikes.

But Fed officials made clear they would continue to tighten monetary policy. San Francisco Federal Reserve Bank President Mary Daly said on Thursday she was open to the possibility of another 75 basis point (bp) hike in September to fight too-high inflation.

“We think it will take far more evidence of slowing core inflation to temper Fed tightening,” said Paul Mackel, global head of FX research at HSBC, in a note to clients.

“Inflation is also a global problem not just a US one, and so global growth and inflation dynamics will also drive the USD,” he said.

“The likes of the ECB (European Central Bank) and the BoE (Bank of England) may still find it hard to match market pricing for rate hikes, creating downside pressures for EUR and GBP.”

The British pound was down 0.3% at $1.2175, having shown no reaction to data revealing UK GDP contracted by less than feared in June, even though an extra public holiday had been expected to cause a big drag.

The euro has been weighed down by Europe’s struggles with the war in Ukraine, the hunt for non-Russian energy sources, and a hit to the German economy from scant rainfall. In the latest troubles, low water levels on the Rhine, Germany’s commercial artery, have disrupted shipping and pushed freight costs up more than five-fold.

Commerzbank (ETR:) said in a note to clients it had revised its euro-dollar forecast lower, as it expects a euro-area recession as a base scenario, having previously been a “risk scenario”. Commerzbank expects the euro to fall to $0.98 in December and not recover until later in 2023.

Inflation in Sweden eased to 8% year-on-year in July, which ING’s global head of markets Chris Turner said in a note to clients may lessen expectations for a massive Riksbank rate hike in September.

“After a good run in July, we doubt the Swedish krona pushes on too much further against the euro,” Turner added.

The New Zealand dollar was lifted by expectations of a Reserve Bank of New Zealand rate rise next week.