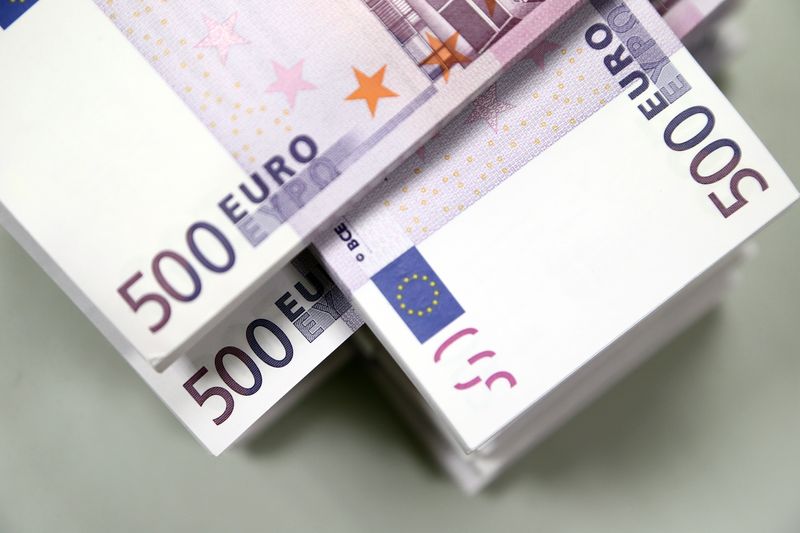 TOKYO (Reuters) – jumped while the rouble plunged nearly 30% to a fresh record low on Monday after Western nations imposed new sanctions on Russia for its invasion of Ukraine, including blocking some banks from the SWIFT international payments system.

Haven demand boosted bond yields along with the dollar and yen while the euro sank after Russian President Vladimir Putin put nuclear-armed forces on high alert on Sunday, the fourth day of the biggest assault on a European state since World War Two.

U.S. and European stock futures sank, but Asia-Pacific stocks were mostly higher in volatile trading, buoyed by Wall Street gains from Friday, when the closed up 2.51%, said Kyle Rodda, a market analyst at IG Australia.

“We had a deluge of very negative information over the weekend,” Rodda said. “My sense is there’s not going to be much staying power behind this particular move (in Asia-Pacific stocks), considering we’re talking about financial stability risks, and sprinkle over that the threat of nuclear war.”

“Volatility is heightened,” he said. “Price action is incredibly choppy.”

U.S. emini stock futures were pointing to a 1.57% drop at the restart, while pan-European futures lost 2.83%.

MSCI’s index of regional stocks eked out a 0.09% gain.