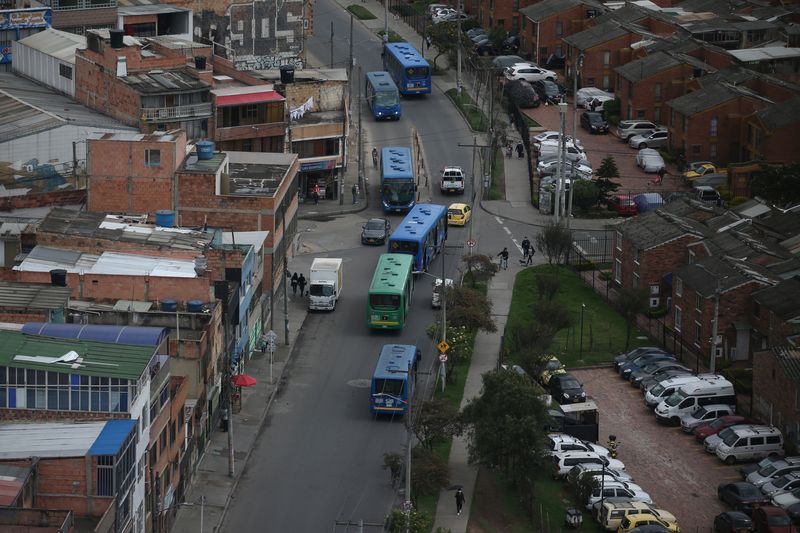 BOGOTA (Reuters) – Colombian President Gustavo Petro’s administration will send a proposal to increase the government’s budget for 2023 in the coming weeks to bolster social programs, Finance Minister Jose Antonio Ocampo said on Wednesday, adding that further public debt swaps could be on the cards.

The budget for next year – which was proposed by the previous government of ex-President Ivan Duque in July – set the amount at 391.4 trillion pesos ($92.8 billion), which is 11.7% higher than the budget for 2022 and represents a new record.

However, his proposal is not enough to cover social programs put forward by the newly elected president, Ocampo said, adding more funds were needed than previously thought. Petro’s proposed programs include anti-hunger efforts, free public universities, and aid for elderly people without pensions.

“There are several elements that significantly affect the national budget, and we’re going to have to look at how to handle them,” Ocampo told a Senate hearing.

In one example, an additional 12 trillion pesos ($2.84 billion) is needed to cover the deficit in Colombia’s Fuel Price Stabilization Fund (FEPC) which is used to subsidize gasoline prices, Ocampo said.

While the Andean country could collect an additional 4 trillion pesos ($942 million) in taxes than was originally foreseen in the budget, Ocampo warned that a slowdown in the economy could reduce that amount.

The finance ministry will continue to carry out public debt swaps in order to alleviate the cost of financing the country’s public debt, Ocampo said.

The budget for 2023, which needs to be approved by Congress, set aside 78 trillion pesos ($18 billion) for covering public-debt payments.

“The interest rates of TES (treasury bonds) have increased significantly in recent months and that’s an additional cost,” Ocampo said.

“All kinds of operations are being carried out to see if we can exchange longer-term debts to reduce short-term payment costs,” he added.

PIXXSTASY Is Changing the NFT Market

China to send troops to Russia for ‘Vostok’ exercise