By James Shotter in Warsaw and Max Seddon in Moscow On Dec 6, 2021 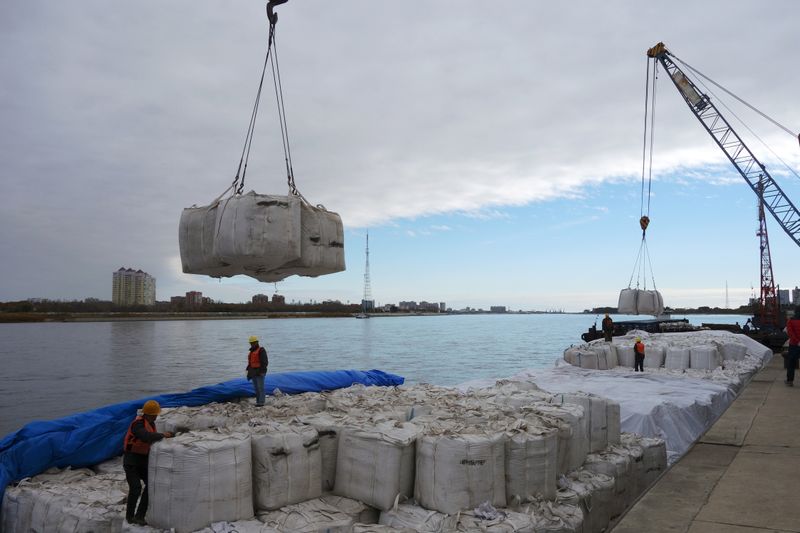 The world’s top buyer of soybeans brought in 8.57 million tonnes in November, up 68% from October’s figure of 5.11 million, data from the General Administration of Customs showed.

U.S. shipments picked up later as the hurricane impact eased and the market entered the peak export season.

For the whole marketing year, however, China’s U.S. soybean imports were expected to fall from the previous year, as the hurricane delays clipped the export window for American beans, which also faced strong competition from an early Brazilian harvest.

China’s November soybean imports were also down from 9.59 million tonnes in the corresponding month a year earlier, when a large volume of U.S. cargoes arrived following a trade deal.

China brought in 87.65 million tonnes of soybeans in the first 11 months of the year, down 5.5% from the corresponding period the previous year, the data showed.

Soybean shipments in 2021 were seen to slow from the previous year, as low crush margins curbed demand.

China’s soybean crush margins increased from June’s record lows to more than 200 yuan a tonne in October, before retreating.

Hog margins in the southwestern province of Sichuan, a top producer of pigs, are 250 yuan a head, up sharply from early October, when farmers faced a loss of 400 yuan on each animal.

But pig prices are expected to fall in the new year if production is not cut substantially, the farm ministry said.

James Shotter in Warsaw and Max Seddon in Moscow

10 Rules for Regifting Without Guilt

Silvergate Capital, Marathon Digital fall the most this week among financial sector…

These Are the Best Samsung Galaxy S21 Phone Deals