By Kaye Wiggins and Michael ODwyer in London On Jun 14, 2022 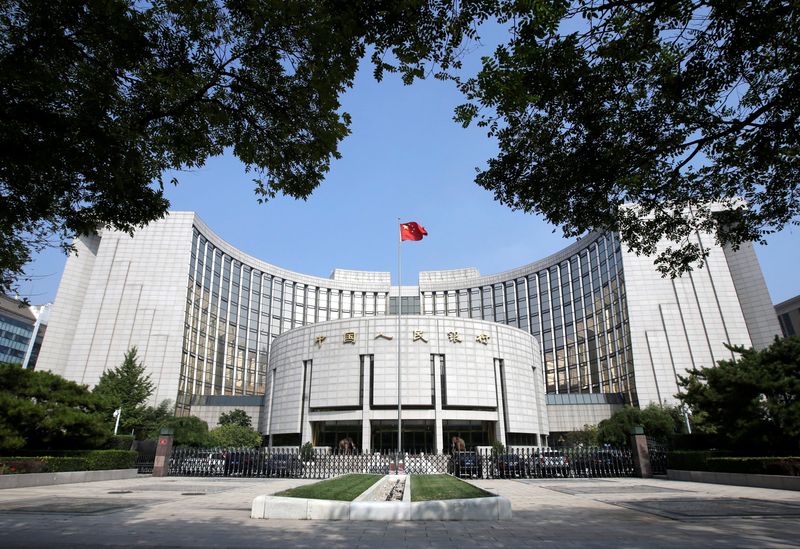 SHANGHAI (Reuters) – China’s central bank is expected to keep unchanged for a fifth straight month on Wednesday the borrowing costs on its medium-term policy loans, a Reuters survey of 31 traders and analysts showed.

That expectation, held by 30 of the respondents, or nearly 97%, comes despite a pledge by policymakers to step up support for the world’s second-biggest economy, hit by COVID-19 disruptions.

Thirty of the 31 poll respondents forecast no change in the interest rate on the one-year medium-term lending facility (MLF) on Wednesday, when the central bank is set to renew 200 billion yuan ($29.76 billion) worth of such loans.

Fast-changing views in financial markets have opened the door to a larger-than-expected three-quarter-percentage point interest rate increase at the Fed’s policy meeting this week.

“The market appears to have little expectation of an MLF rate cut, but rather watch out for longer-term liquidity support, especially given the neutral open market operations,” said Frances Cheung, a rates strategist at OCBC Bank.

Of the 30 respondents who bet on a steady MLF rate, 19 expected the People’s Bank of China (PBOC) to inject the same amount of cash as the maturity, while 11 believed the central bank would ramp up liquidity by injecting more fresh funds.

“Given the sizable issuance of special local government bonds, we think the upcoming MLF operation could be more than just enough to rollover the maturing central bank loans,” Citi analysts said in a note.

Chinese provinces were racing to issue some $225 billion of bonds in June, frontloading investment to revive an economy battered by COVID-19.

However, the sole respondent to buck the poll trend predicted the central bank would cut the borrowing cost by a marginal 5 basis points.

China unveiled measures to support the economy last month, and Premier Li Keqiang has also vowed to achieve positive economic growth in the second quarter, though many private sector economists have pencilled in a contraction.

The MLF rate serves as a guide to China’s benchmark loan prime rate (LPR), which is decided on the 20th of each month.