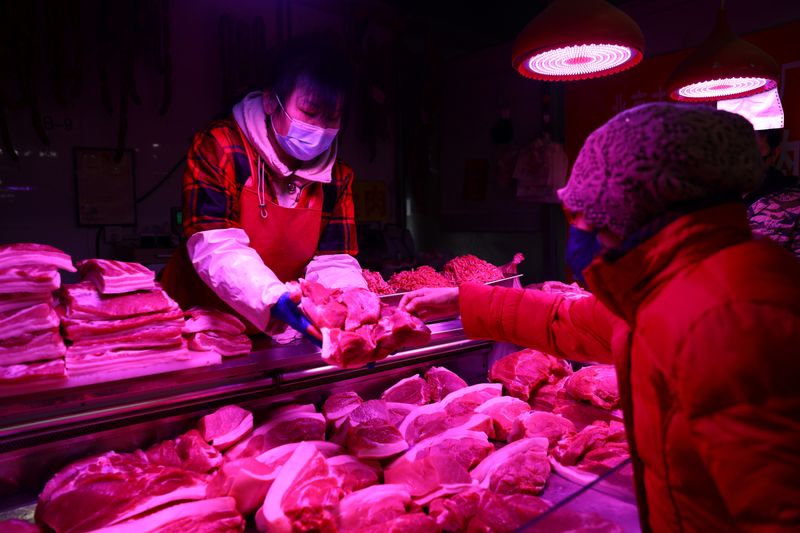 China produced 15.61 million tonnes of pork in the first three months of the year, up 14% from a year earlier, data from the National Bureau of Statistics showed. It was the highest quarterly production since the final quarter of 2018.

“Pork output in the first quarter was decided by the sow herd in the first half of last year, which reached 45.64 million head at the end of Q2 2021, a new record in the recent cycle,” said Wang Zuli, researcher at the Institute of Agricultural Economics and Development under the Chinese Academy of Agricultural Sciences.

China slaughtered 195.66 million hogs from January to March, an increase of 14.1% from the same period a year earlier.

China’s pork output reached 52.96 million tonnes last year, just below the 53.4 million tonnes produced in 2017, as production made a rapid recovery from a devastating outbreak of African swine fever that swept the country in 2018 and 2019.

The disease had wiped out about half of breeding farms by 2019. But production recovered much faster than expected, and is weighing on prices as lockdowns across China is lowering demand from restaurants.

Wholesale pork prices in the first week of April were half the level of a year ago at 18.21 yuan ($2.86) per kilogram, according to agriculture ministry data.

China’s sow herd is expected to drop in the short term due to poor hog margins, said Wang, though a recent rise in pork prices would contain any significant fall.

Despite mostly losing money since last summer, almost all top producers significantly expanded their first quarter sales due to investments in breeding farms over the last two years.