Boeing sinks to loss on $4.5 billion charges related to 787 delays 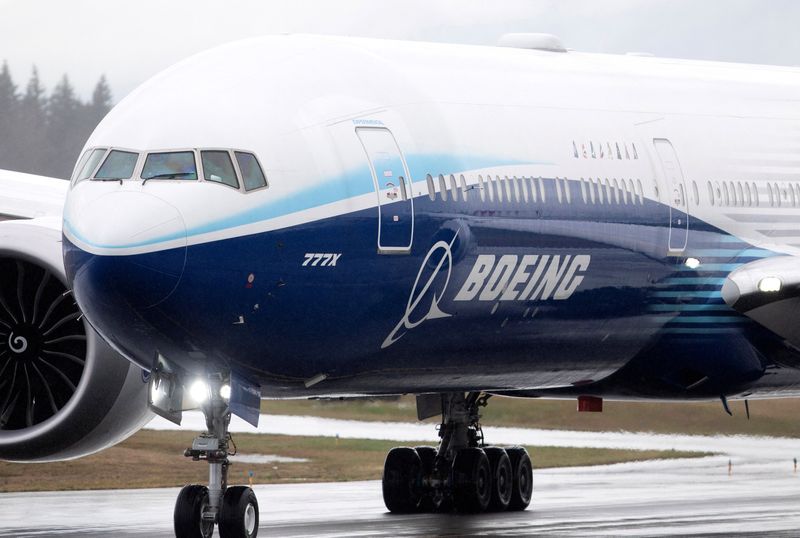 The planemaker sank to a loss after two quarters of profits because of the charge. But shares rose some 2% after initially dropping slightly. Analysts pinpointed the array of charges and a return to positive free cash flow and increased 737 MAX production.

The quarterly results underscore the challenges Boeing (NYSE:) faces as it seeks to rebound from the coronavirus pandemic and 737 MAX safety crises, while navigating industrial and regulatory currents on its bigger 787 and 777X flagship.

Reuters reported last week that deliveries of the 787 are expected to remain frozen for months as U.S. regulators review repairs and inspections over structural flaws in the jets, while designs for the larger 777X face further regulatory pushback from Europe.

“While we never want to disappoint our customers or miss expectations, the work we’re putting in now will build stability and predictability going forward,” Boeing Chief Executive Dave Calhoun told employees in a memo seen by Reuters.

Calhoun stopped short of saying when deliveries of 787 would resume. The program remains at a “very low” production rate, with an expected gradual return to five per month over time, Boeing said.

Boeing had previously forecast low production rates and rework for the 787 to result in about $1 billion of abnormal costs – putting the overall price tag at some $5.5 billion.

At its U.S. factories, Boeing is combing through parked 787s with ultrasound devices and tools to measure gaps barely visible to the naked eye. The gaps – left in the process for making carbon-composite structures that make the jet lighter and cheaper to fly – are the width of a human hair but violate Boeing’s specifications.

Its ability to resume deliveries to airlines depends on approvals from the U.S. Federal Aviation Administration.

“Here we go again. Just as we saw with the 737 MAX, Boeing is now racking up massive charges on the 787 with no firm end in sight, and its fate in the hands of the FAA,” said Vertical Research Partners analyst Rob Stallard.

The company reported a core operating loss of $4.54 billion in the fourth quarter ended Dec. 31, compared with a loss of $8.38 billion a year earlier, when the company recorded a $6.5 billion charge due to delays in its 777X jet program.

Boeing said its 737 program was producing at a rate of 26 per month, up from 19 jets in the earlier quarter. It said it was on track to reach production targets of 31 per month in early 2022, though supply-chain risks loom.

Higher revenue and operating margins in its Global Services Division were hurt by an asset-impairment write down of $220 million due to fluctuating demand and pricing, Boeing said.

Saudi Arabia stocks higher at close of trade; Tadawul All Share up 0.61%