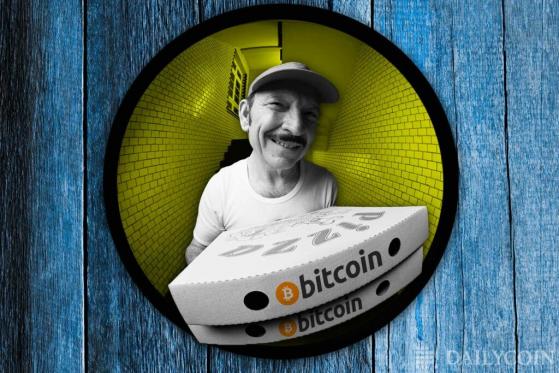 May 22nd marks the occasion of the first ever real-world bitcoin transaction. Trgaically, that same transaction would be the stage for one of the biggest regrets in cryptocurrency history.

Twelve years ago, on May 22nd, Laszlo Hanyecz, a computer programmer from Florida, decided to test whether it was possible to buy something with the digital currency he mined on his home computer.

The world of cryptocurrency was only at its advent, so there was no infrastructure in place to facilitate the buying or selling of goods and services with bitcoin. Purchasing something with the pioneer crypto was nothing more than a barter.

So, Hanyecz posted a thread on an online forum, stating that he would pay 10,000 bitcoins for a couple of pizzas. “You can make pizza yourself and bring it to my house or order it for me from the delivery place, but what I’m aiming for is getting food delivered in exchange for bitcoins where I don’t have to order or prepare it myself,” he outlined.

Soon after, Jeremy Sturdivant from the United Kingdom took up the offer. He ordered 2 Domino’s pizzas, paid $25 and asked for them to be delivered to Laszlo Hanyecz, all in exchange for 10,000 bitcoins.

The deal was done and the 19-year-old from the UK got his 10,000 bitcoins. Even at that time, Sturdivant had technically already profited from the interaction, as those 10K bitcoins were valued at $41 on exchanges, with the price per bitcoin being approximately $0.004, or four-thousandths of a cent at the time of the sale.

“I just happened to take a visible step as a part of the whole community’s growing trust in bitcoin, it didn’t feel unique in the sense that if I hadn’t accepted that offer, someone else surely would have… but at the same time I was certainly somewhat aware that this was setting a precedent for casual trade with bitcoin,” Sturdivant later said.

He also did not keep the bitcoin holdings though. Jeremy Sturdivant poured all 10,000 of his bitcoins back into the economy, selling them for 10x gains at $400 soon after.

Since those heady days and the time of the first real-world bitcoin purchase, the value of the dominant crypto, and indeed the entire drypto landscape, has changed dramatically

It’s perhaps bittersweet that the pizza Laszlo Hanyecz bought for 10,000 bitcoins in May 2010 would have been worth $10,000 just nine months after the deal.

Today, it would have been worth $294 million at the current $29.400 price of bitcoin at press time. That’s 7.1 million times more than the leading crypto’s price twelve years ago, when a single bitcoin was worth around $0.004.

“Somebody had to start it all”, says Laszlo today when asked if he has any regrets about not keeping that bitcoin for himself, even for just a little while longer. “I am poor now”, the man wrote on his official Twitter (NYSE:) account. But even though he didn’t become a crypto-millionaire, Laszlo Hanyecz made history.

Why You Should Care

Bitcoin Pizza Day has become a modern-day phenomenon, and is widely celebrated across the crypto community. Numerous crypto exchanges mark the occasion with giveaways, hangouts and meetups to commemorate the first ever physical bitcoin transaction.

This Home Improvement Store Is America’s Favorite — Yet Again