SHANGHAI, Jan. 1, 2022 /PRNewswire/ — Bilibili, the leading video community for young generations in China, held “The Most Beautiful Night of 2021” New Year’s Eve gala on December 31, a cultural celebration for audiences to mark the end of the year. The peak popularity index of the livestream reached 310 million.

This year the platform launched a “parallel performances” model, offering an innovative viewing experience. Audience members who registered for the livestream before 16:30 on December 31, could choose to watch the gala via the themed-versions, “Fantasy Space” or “Magical Space”. Both formats of the show contained 31 sets of acts and were livestreamed simultaneously. However, some of the acts in the two versions were different and specially designed to mirror each other.

This is the third year for Bilibili to host a New Year’s Eve gala. The spectacle has become a signature cultural event for Chinese audiences, especially the young generations. “The Most Beautiful Night of 2020”, saw its popularity index more than triple in size compared to 2019 during the livestream, achieving 120 million playbacks within 48 hours. “The Most Beautiful Night of 2019” was the first ever New Year’s Eve gala curated for young generations in China. The show has amassed over 130 million playbacks since its initial livestream.

The gala embraces audiences of all interests by presenting integrating cultural content, including mainstream and niche content; traditional and modern cultures; and Chinese and international flavors. It also features iconic IPs from animation, games, music, films and TV shows that have deeply impacted Chinese youth culture.

“We hope that our New Year’s Eve gala can continue to explore content loved by Chinese young people,” said Carly Lee, vice chairwoman of the board of directors and chief operating officer of Bilibili, after the airing of 2020 Gala. “Through re-interpreting classic IPs and cultural touchstones, we transformed “traditional” into “popular” and “old-fashioned” into “avant-garde,” reflecting the charm of blending diverse cultures.”

The IPs showcased in this year’s gala included the Transformers series, the global sensational games, League of Legends and Genshin Impact, the widely acclaimed Chinese animations, Incarnation and Link Click, and the Chinese film, Let the Bullets Fly. Each was presented with creative performances or surprising mashups. 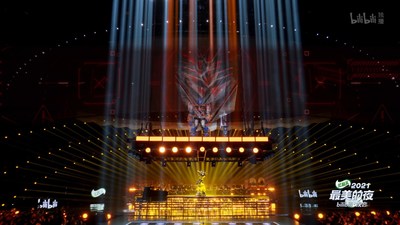 Eight Bilibili content creators and three esports players covered Lonely Warriors, the Chinese theme song for Arcane: League of Legends, the first animated series of the game. With the help of high-tech visual effects, the gala also brought to the stage scenes of Liyue Harbor from the global smash hit game, Genshin Impact. 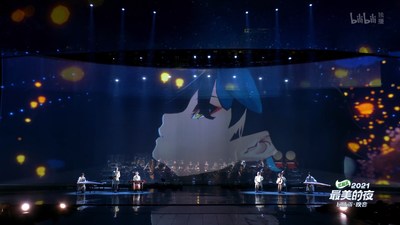 “The animation, games and films that people consume from their teenage years through their 30s form the most essential part of their psyche. So, it’s very important we pay tribute to classic IPs at Bilibili galas to fulfill the emotional needs of our users,” said Fox Yang, vice president of Bilibili and the executive director of Bilibili New Year’s Eve galas.

“We hope to fully demonstrate the psyche and cultural aesthetics of Bilibili users through the galas,” Yang added. “We incorporated various cultural elements throughout the show, knowing that young generations have a very strong ability to understand and absorb different types of culture. We also took Bilibili’s content ecosystem and hot topics into consideration to cater to Bilibili user tastes.”

“Mashups” have always been a favorite of Chinese young people for the fresh viewing experience provided by the mix of unexpected cultural elements. Chinese soprano Guo Sen and Bilibili content creator Pan Hangwei mashed up classic and pop music by performing a suite of songs in bel canto including Bad Guy by Billie Eilish, and Love You at 105℃, a catchy song that went viral on the Chinese internet in 2021. China’s top musician, Li Yanliang, played guitar alongside a symphony and rock band, performing a suite of songs from Japanese anime soundtracks.

Some shows were inspired by the past year’s trending content on Bilibili. For example, Chinese band Mosaic pranked the audience by playing Rick Astley’sNever Gonna Give You Up, before their actual performance. The “Rick Roll” was one of Bilibili users’ favorite memes in 2021.

Because more Bilibili users have begun to embrace and actively promote traditional Chinese culture, the gala featured a list of performances related to the topic. An act from Chinese dance drama Poetic Dance: The Journey of a Legendary Landscape Painting, impressed the viewers with its beautiful Chinese aesthetics. In the past year, 136 million users watched content related to traditional Chinese culture on Bilibili. As of October 2021, over two million related videos had been uploaded on Bilibili, covering Chinese opera, traditional paintings, poetry, food and more. 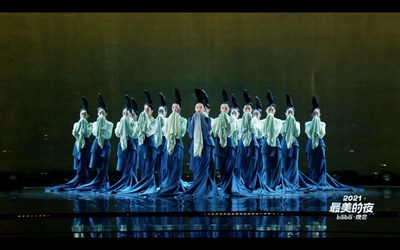 ABOUT BILIBILI INC
Bilibili is an iconic brand and a leading video community with a mission to enrich the everyday life of young generations in China. Bilibili offers a wide array of video-based content with All the Videos You Like as its value proposition. Bilibili builds its community around aspiring users, high-quality content, talented content creators and the strong emotional bond among them. Bilibili pioneered the “bullet chatting” feature, a live commenting function that has transformed the viewing experience by displaying thoughts and feelings of other audience viewing the same video. It has now become the welcoming home of diverse interests for young generations in China and the frontier to promote Chinese culture across the world.

Markets Insider and Business Insider Editorial Teams were not involved in the creation of this post.

Following Is a Test Release