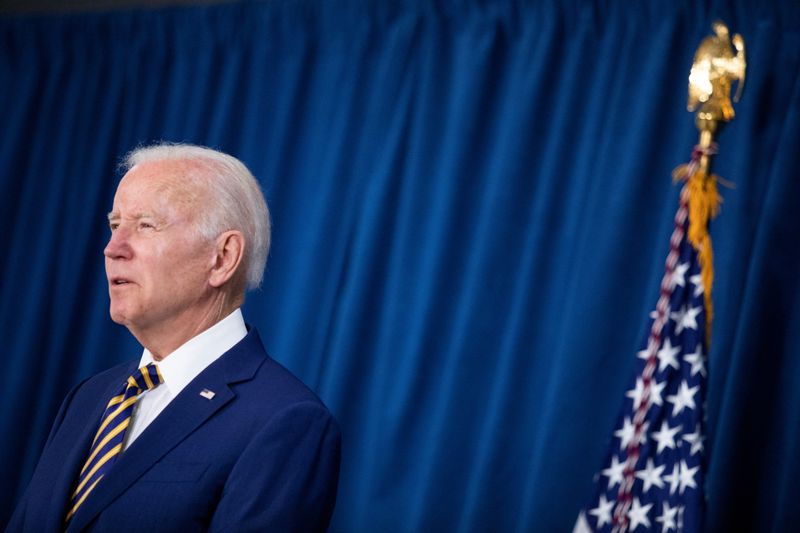 By Michael Martina and David Brunnstrom

WASHINGTON (Reuters) – President Joe Biden’s special envoy for talks with three tiny but strategically important Pacific island nations will lead a delegation to the Marshall Islands next week amid growing U.S. worries about China’s efforts to expand its influence in the region.

Joseph Yun, a veteran diplomat appointed by Biden in March, told Reuters he and his team would be in the Marshall Islands from June 14-16.

A spokesperson for the U.S. State Department said Yun would hold talks on the Compact of Free Association (COFA) that governs U.S. economic assistance for the Republic of the Marshall Islands (RMI), which is due to expire next year.

The United States has similar agreements with the Federated States of Micronesia (FSM) and Palau, which expire in 2023 and 2024, respectively, and Yun is also responsible for those negotiations.

“We welcome the opportunity for in-person meetings with the RMI negotiating team and look forward to productive talks,” the State Department spokesperson said.

The Pacific islands have emerged as a key front in Washington’s strategic competition with China, which has stepped up diplomatic efforts to woo countries in the region.

Biden and New Zealand’s Prime Minister Jacinda Ardern aired shared concerns last week about China’s bid to expand its influence in the Pacific and a senior U.S. official said they discussed the need for in-person engagement with Pacific island leaders.

They also expressed concern about a recent security agreement between China and the Solomon Islands. [nL3N2XJ0FO]

Last week, a virtual meeting of 10 Pacific foreign ministers hosted by Chinese Foreign Minister Wang Yi in Fiji agreed to defer consideration of a Chinese proposal for a sweeping trade and security pact.

Samoa’s leader said subsequently the pact needed to be discussed at a regional meeting before any decisions are made.

Talks to renew the U.S. COFA agreements with the Marshall Islands, FSM and Palau began during the Trump administration but languished before Yun’s appointment, raising concerns that Washington could lose its battle for influence with Beijing.

Key issues for the Marshall Islands include remuneration for the legacy of massive U.S. nuclear testing there, the presence of U.S. military bases and climate-change mitigation.

One source familiar with the plans said the talks would be held at the U.S. Army Garrison – Kwajalein Atoll, site of a crucial U.S. missile testing facility, and were a sign that Yun’s appointment had injected greater momentum into the Biden administration’s engagement with Pacific Island countries.

Yun had already conducted meetings or virtual discussions with the leaders of the three countries, and held virtual talks with the negotiating team from FSM, the source said, but the Marshall Islands trip would mark the first in-person negotiations since they were largely stalled in December 2020.

The source said Wang’s recent visit to the region had created a sense of urgency among U.S. officials.

“I think it focused a lot more attention from people who weren’t very involved,” the person said, adding that Pentagon personnel were getting more involved in the COFA process.

The United States conducted 67 nuclear weapons tests in the Marshall Islands from 1946 to 1958 and islanders are still plagued by the health and environmental effects as a result.

The tests included the “Castle Bravo” at Bikini Atoll in 1954 – the largest U.S. bomb ever tested and 1,000 times more powerful than the one that destroyed Hiroshima in 1945.