By Guy Chazan in Berlin and Olaf Storbeck in Frankfurt On May 30, 2022 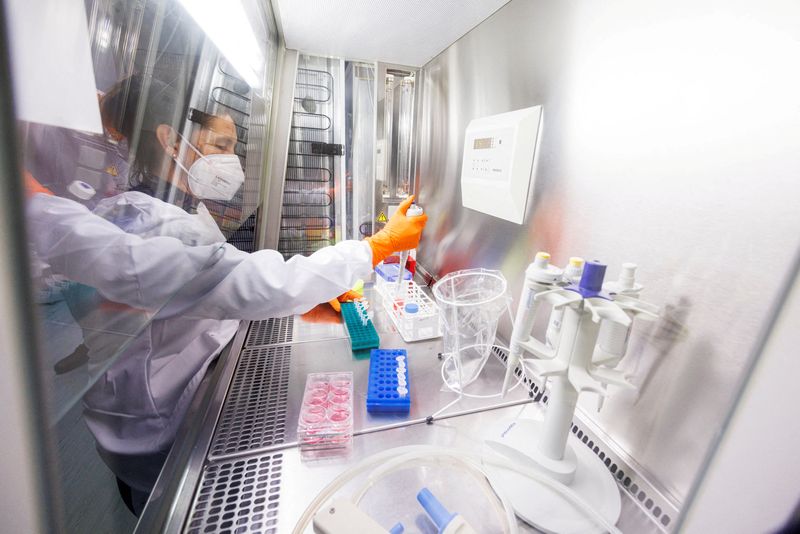 © Reuters. FILE PHOTO: An employee works on a vaccine based on the monkeypox vaccine that has already been developed by the vaccine company Bavarian Nordic at a laboratory of the company in Martinsried near Munich, Germany, May 24, 2022. REUTERS/Lukas Barth/File Pho

Bavarian Nordic said vaccine deliveries would start immediately and added that it was in discussions with more countries regarding vaccine supply.

“We are pleased to assist more countries with supply of vaccines while we continue our dialogues with other governments to make vaccines available as fast as possible to mitigate the situation,” CEO Paul Chaplin said in a statement.

Monkeypox is an infectious disease that is usually mild and is endemic in parts of west and central Africa. Global health officials have tracked more than 200 suspected and confirmed cases of the viral infection in 19 countries since early May.

The European Union last week announced that it was in talks to buy Bavarian Nordic’s vaccine. The vaccine has official European approval for smallpox, although doctors can prescribe it off-label for monkeypox.

Guy Chazan in Berlin and Olaf Storbeck in Frankfurt