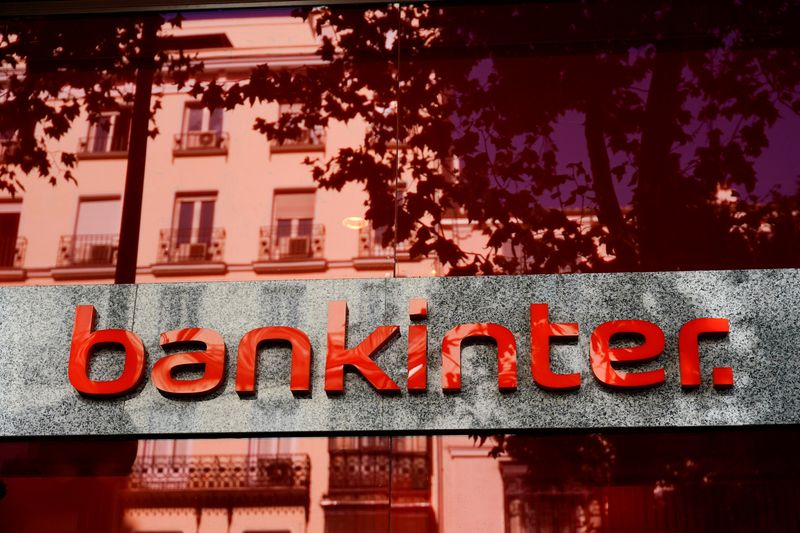 MADRID (Reuters) -A rise in lending income, boosted by steady growth in the total loan book and an improvement in customer spreads, drove a recovery in financial margins at Spain’s Bankinter in the second quarter.

Banks across Europe have been under pressure from record low interest rates, but that is beginning to change.

Expected higher rates in the euro zone are seen as a boost to income for commercial lenders despite economic uncertainty and fears of recession.

That beat the 329 million euros forecast by analysts and was 8% higher than the first quarter.

For the first half, NII grew 4%. Chief financial officer Jacobo Diaz raised its growth guidance for NII from a low single-digit to a mid-to-high single-digit growth for 2022.

Shares in Bankinter rose 2% compared to a 0.6% decline by Spain’s blue-chip index Ibex-35.

Higher euribor rates were also starting to filter into higher loan yields, though the increase in total mortgage loans books would be fully felt later in the year and in 2023, Alvarez said.

Customer spreads and net interest margins rose 6 basis points from the first to the second quarter while the loan book grew 8% in the first half compared to first half of 2021.

Bankinter’s net profit net profit rose 21% to 117 million compared to same period a year ago when stripping out a 2021 hefty accounting gains.

However, net profit was still below the 164 million euros in the second quarter of 2019, before the outbreak of the COVID-19 pandemic. Analysts polled by Reuters expected a net profit of 101 million euros.

Non-Negotiables When Buying A House