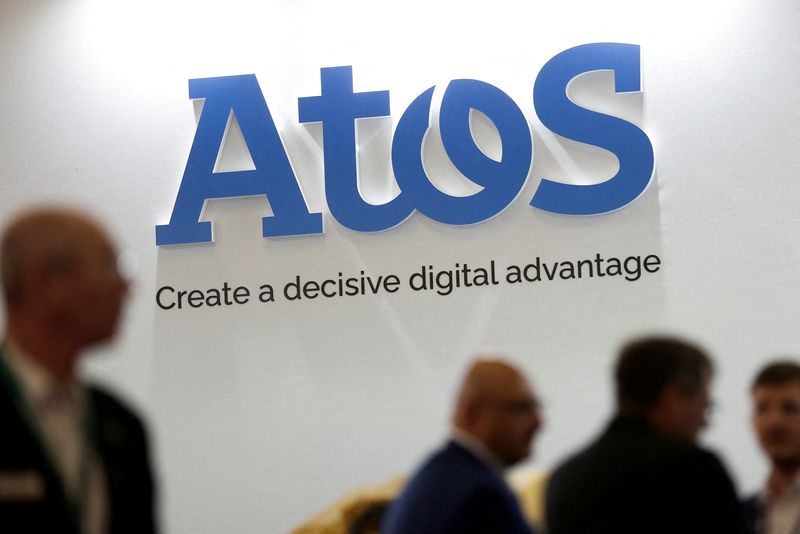 © Reuters. FILE PHOTO: The logo of Atos is pictured at the Eurosatory international defence and security exhibition in Villepinte, near Paris, France June 13, 2022. REUTERS/Benoit Tessier

(Reuters) – French IT company Atos has announced the departure of Chief Financial Officer Stéphane Lhopiteau days after a poorly received plan to split its operations and sell assets, set out last week along with the departure of CEO Rodolphe Belmer.

Lhopiteau will leave in the second half of this year, Atos said on Sunday, and will be succeeded by Nathalie Sénéchault, 49, currently deputy CFO.

Atos announced the departure of Belmer on June 14 after what sources close to the matter told Reuters said had been a clash with the rest of the board over the fate of cybersecurity unit BDS, as he was willing to sell the business while the board wanted to retain it.

Shares in the company fell sharply after the announcement.

Atos plans to spin off BDS and combine it with its services operations. The remaining part of the company would include the loss-making IT infrastructure management services business.

In a statement Atos said the planned group separation would lead to a complete reorganization of group and its finance department, noting new CFOs had already been named for the two new entities: Anil Agrawal for the BDS and digital unit Evidian, and Darren Pilcher for the remaining business New Atos.

“Lhopiteau will leave the group during the second half of the year, when the separation is well on track,” Belmer said in the statement.