An ECB quandary: the hunt for a neutral euro zone interest rate 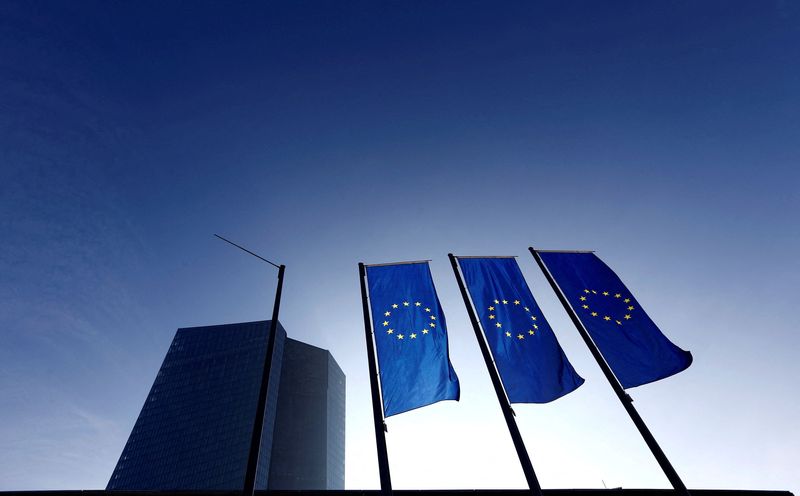 (Reuters) – Euro zone interest rates rising to at least 0% by September seems like a done deal as inflation soars, but how high rates should go thereafter is dividing policymakers and economists in a bloc of 19 vastly different economies.

The European Central Bank meets on Thursday and is expected to confirm its first rate rise will come in July. Like other central banks, its focus is now turning towards finding the neutral rate: high enough to tame inflation, but not so high it kills growth.

The difficulty is identifying where exactly this rate lies.

It’s a hotly debated issue globally. For instance, many economists disagree with the Federal Reserve’s estimate of a 2.4% long-run U.S. rate. The ECB’s task is even trickier, given its remit ranges from Italy, with debt at 150% of GDP, to Germany, whose debt ratio is less than half that.

Some ECB officials, including Bank of France Governor Francois Villeroy de Galhau see the neutral rate at between 1% and 2%. Slovakia’s hawkish Peter Kazimir reckons it’s closer to 2%, while Spain’s Pablo Hernandez de Cos puts it around or slightly above 1%.

Nonetheless, policymakers confronted with soaring inflation are increasingly referring to the neutral rate as a yardstick to measure how high rates should rise this cycle.

In a supply shock world, “the inflation forecast is no longer helpful, so you need to find a different way of anchoring your forward guidance, and the neutral rate, you cannot touch it, you cannot see it. It gives you the flexibility.”

ECB president Christine Lagarde believes borrowing costs should be normalised “towards the neutral rate” if inflation is seen stabilising around 2% in the medium term. But she stopped short of estimating where neutral might be or how fast the bank should move.

In markets, rates are seen reaching over 1.8% in 2024, traders having ramped that bet up sharply after a much higher than expected May euro zone inflation print.

ONE SIZE FITS NOBODY

The debate provides a glimpse of the challenges the ECB faces as it tries to unwind years of stimulus while containing fragmentation risks – the divide between the bloc’s poorer and wealthier states, reflected in diverging borrowing costs.

Villeroy and Kazimir have called for a move to neutral territory next year.

The latter sees a 1.5% rate as insufficient to tame prices – but Italian board member Fabio Panetta, seen as a dove, has warned that “normal does not mean neutral” in policy terms.

“Not only do countries have different neutral rates, but on top of that, the transmission of the monetary policy is not the same for all countries, due primarily to sovereign spreads,” Harreau said, referring to the premium charged for weaker states to borrow over top-rated Germany.

Allianz estimates Germany’s neutral rate at 1.5%, compared with 0.7% in Italy, and 1.3% for the euro area overall.

“Is it one size fits all?” Danske Bank chief analyst Piet Christiansen said of a euro zone neutral rate.

“Not really, it’s probably like one size fits not really anyone.”

The ECB’s Panetta cautions against relying on unobservable neutral rate to guide policy, calling for a gradual removal of stimulus in times of high economic uncertainty.

Take Italy: UniCredit, assuming the country’s neutral rate is below 1.5%, notes that three-year borrowing costs have risen above this level, now at 2%, meaning its economy may face restrictive conditions as support from cheap ECB loans fades.

Erik Nielsen, chief economics advisor at the bank, says the ECB risks losing control of its narrative by abandoning previous references to observable “financing conditions” in favour of neutral rates.

Conducting monetary policy with an eye on the neutral rate is “like driving a car through the desert aiming for an oasis on the horizon, that you know is nothing more than a Fata Morgana,” he told clients in a recent note.

Asian Stocks Down, Weighs Down by Uncertain Economic Outlook